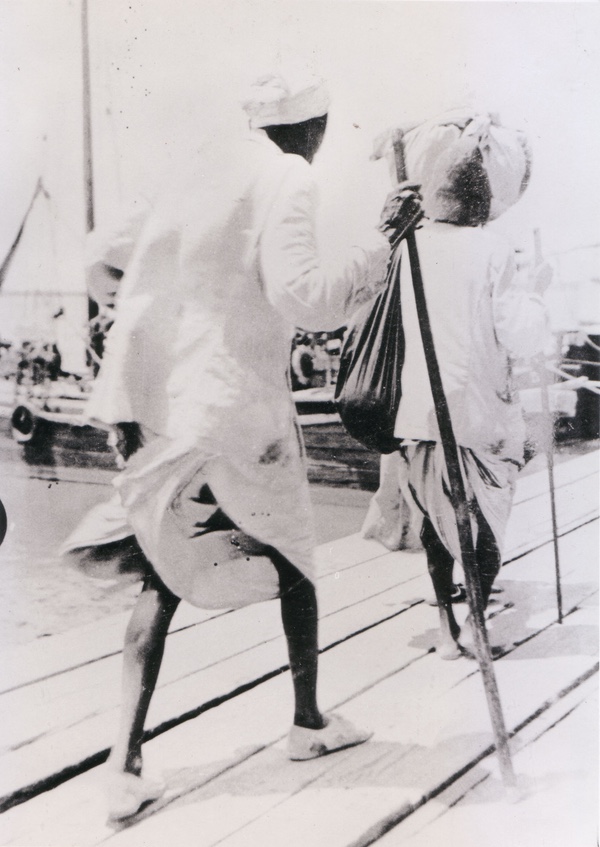 Jahaji Bundle
When our great-great-great grandparents started leaving India six to four generations ago, impoverished though most were, they brought with them things that would sustain them and help shape their new worlds. Wrapped in pieces of cloth tied together like improvised sacks, sometimes slung on walking sticks, they brought seeds and grafts of plants from the Indian subcontinent, copies of the Quran and the Ramayan, and even musical instruments such as the dholak and dandtal. The flowers, fruit and herbs our ancestors carried––neem, tulsi, mango, peepal, banyan, turmeric, coriander, cumin, kareila, seim, sapodilla, paan, rice, chameli––changed the physical landscape of the Caribbean.

The sacks and all they contained were known as “jahaji bundles.” Jahaji, or shipmate, is a term used to describe people who made the journey from India to the plantation colonies together on the same ship, but it is used more broadly now to connect all descendants of indenture. On some islands, such as St. Croix, the phrase “jahaji” bundle has been transformed in the kinetic speech of the everyday into “Georgie bundle.” Translating loosely to “all your worldly possessions,” it is sometimes invoked when telling someone off, as in “Take your Georgie bundle and go!” More positively, it is a symbol of endurance, of migrants beginning again with almost nothing in new landscapes and changing those landscapes as well as themselves.

It is this legacy, of tenacity and reinvention tied tensely and tightly together, that I called on in framing my collection of oral histories, documents, photographs and ephemera testifying to the things we carried from Guyana to the United States a century after leaving India indentured.
Part I
Introduction
Part II
Jahaji Bundle
Part III
The Things We Carried
Part IV
Our Labor and Our Family
Part V
Our Resistance
Part VI
Further Resources