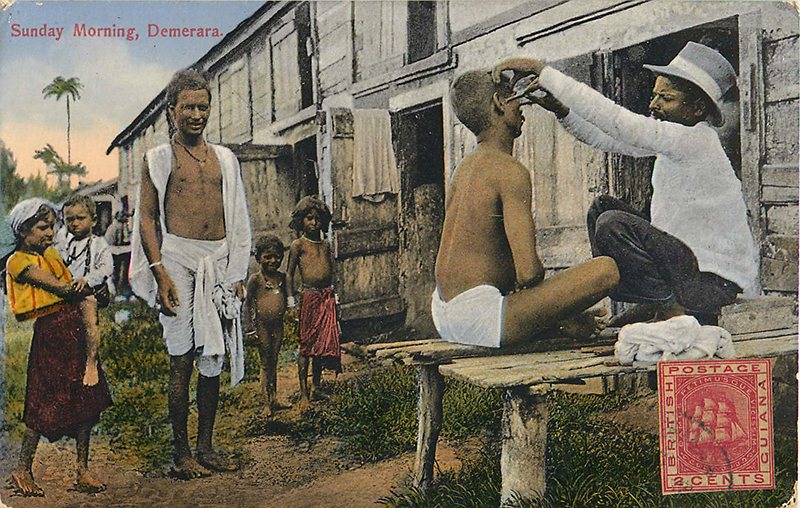 Introduction
From 1838 to 1917, ships sailing from Calcutta and Madras ferried roughly 238,000 Indians to the British colony of Guiana, on the northeastern coast of South America, to toil as bonded laborers on sugar plantations. These men and women did the work that enslaved Africans had done in a system of indenture described by historians as “a new form of slavery.” The system gathered more than a million Indians in its net, scattering them to more than a dozen colonies across the globe, from Fiji and Mauritius to many islands in the West Indies, including Trinidad and Jamaica. The workers, branded “coolies” by British bureaucrats, were paid for their work, which was supposed to last three to five years, terms laid out in an English-language contract many had signed with thumbprints, often without being able to read it. The contracts were honored more in the breach, with plantation managers and overseers cheating many workers and jailing them for disobedience. The system made debtors of many, forcing them to extend their contracts. It also created conditions that led to alcoholism and violence against women that has persisted for generations.

This legacy of harm is not, however, the only thing descendants of this system carry with us.
Part I
Introduction
Part II
Jahaji Bundle
Part III
The Things We Carried
Part IV
Our Labor and Our Family
Part V
Our Resistance
Part VI
Further Resources