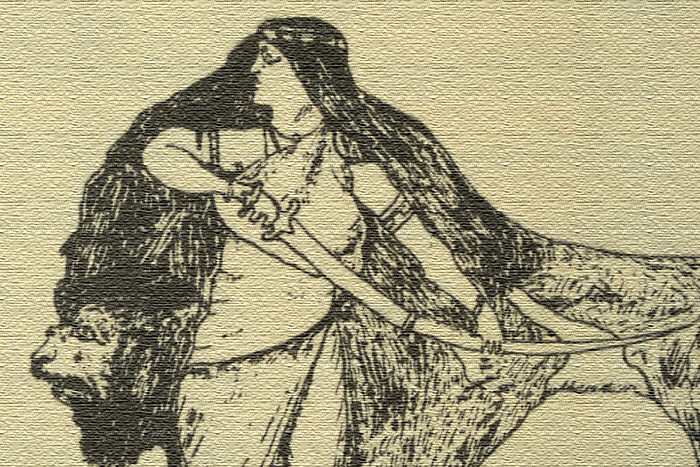 This is a preview story from SAADA's forthcoming book, Our Stories: An Introduction to South Asian America.

In November 1913 a group of Indian revolutionaries gathered at their newly established headquarters on a San Francisco hilltop to raise a red, yellow, and green flag that represented freedom, brotherhood, and equality. Signifying the values of the free India that they envisioned, these men were members of the Ghadar Party, a revolutionary group of Indians who sought to overthrow the British empire through armed revolution. On November 1, the Party announced its emergence to the world by launching its first newspaper - Ghadar. In its inaugural issue, the paper boldly declared that, "today there begins in foreign lands, but in our country's language, a war against the English Raj . . . What is our name? Ghadar. What is our work? Ghadar. Our name and our work are identical."

In less than a year, the party claimed to have thousands of members and dozens of branches across the world, including Vancouver (B.C.), Portland, Astoria, St. John, Sacramento, Stockton, Panama, Manila, Hong Kong, and Shanghai. Additionally, the Party began circulating 2500 copies of Ghadar in Gurumukhi and 2200 in Urdu each week. Within six months the paper had reached India, China, Japan, Manila, Sumatra, Fiji, Java, Singapore, Egypt, Paris, South Africa, British East Africa, and Panama.

The Ghadar Party was a coalition of Punjabi migrant workers and Bengali and Punjabi intellectuals and students that emphasized secularism and unity despite linguistic, religious, and regional differences. Though its core leadership was Hindu, Sikh, and Muslim, nearly ninety percent of its membership was comprised of Punjabi Sikh males, nearly half of who were veterans of the British Indian army and whose loyalty and service to the empire was presumed by British officials. What united these seemingly disparate groups was their common belief that they had been pushed out of India because of colonialism and now experienced a shared sense of humiliation as degraded colonial subjects across the world. Racial discrimination and violence in North America produced an anti-colonial consciousness amongst them and the Party's goal of an independent India was inseparable from attaining racial equality abroad.

Ghadar exhorted readers that it was their patriotic duty to circulate copies of the paper among as many Indians as possible. Indians across the diaspora who received copies of the paper were asked to send them on to friends in India after reading them in order to help spread the Party's message. In spite of British efforts to prohibit the circulation of Ghadar, the paper continued to reach India from the Pacific Coast of North America via Shanghai, Hong Kong, Nairobi, Johannesburg, Singapore, Manila, Bangkok, Tientsin, and Moji. When the first issue arrived in India on December 7, 1913, it was immediately banned, and officials in India began searching all luggage from the United States and East Asia and seizing any Ghadar Party publications. In spite of all the precautions taken to intercept Ghadar, however, the contents of the paper still made their way into India. Once Indians became aware that authorities were on the lookout for the weekly periodical, they began hiding small cuttings of the paper or sending handwritten excerpts from the paper in private letters.

With the outbreak of the First World War in 1914, the Ghadar Party launched into action. Heeding the call of their leaders, who proclaimed that the need for British troops in Europe presented an opportune moment to organize uprisings in both India and British imperial outposts, between 1914 and 1918, the Ghadar Party mobilized nearly eight thousand Indians from North and South America and East Asia to return to India to overthrow British rule. Anticipating their return, British officials arrested hundreds of returning Ghadarites before they ever disembarked from the ships that carried them home, dealing a severe blow to the Party's plans. Those who were not detained quickly made contact with Indian revolutionaries across the country and fixed February 21, 1915 as the day that simultaneous uprisings would erupt across India. The uprisings would center on convincing Indian soldiers to strike against British officials first, thereby inspiring the masses to rise up and overthrow British rule. Arguing that Indian military service perpetuated the status of Indians as slaves to the empire and pawns used to slaughter the world's colonized peoples and reinforce the brutality of British rule, Ghadarites visited military cantonments to recruit soldiers. Additionally, they gathered arms, produced flags, and collected materials for destroying railways and telegraph wires, looting treasuries, and distributing arms and ammunitions. Their plans, however, never came to fruition due to the workings of British intelligence.

Although Ghadarites believed that their successful efforts in recruiting Indians in the United States would generate the same kind of enthusiasm in India, they discovered that India was not as ripe for revolution as they had hoped. Leaders of the Indian National Congress, priests of several important Sikh gurdwaras, and many nationalist leaders in India strongly denounced the Party. While Ghadarites in North America successfully highlighted the interconnectedness of colonialism, racial subjugation, and economic exploitation to mobilize thousands along the Pacific Coast, they were unable to convince their countrymen in India to join them.

Jane Singh, "Echoes of Revolution: The Role of Literature in the Gadar Movement" (Ph.D. dissertation, University of California Berkeley, 1990).

Seema Sohi, Echoes of Mutiny: Race, Surveillance, and Indian Anticolonialism in North America (New York: Oxford University Press, 2014).
Seema Sohi is an Associate Professor in the Department of Ethnic Studies at the University of Colorado Boulder. Her work examines the radical anticolonial politics of South Asian intellectuals and migrant workers based in North America during the early twentieth century as well as the inter-imperial efforts of the U.S. and British states to repress them.