Preserving Cultural Heritage, Identity, & Memory
By Michael A. Henry |
I grew up in Brooklyn, New York, in the 1990s in a predominately Caribbean neighborhood. My parents migrated from Jamaica to Brooklyn in the 1970s and 1980s, following the post-independence wave of migration from former British Colonies to the United States. There, it was easy to blend into the crowd; I was just another person of Caribbean descent. However, despite the shared background, I always felt I was different because I was part of a smaller minority group - Jamaican of Indian descent. I found shared commonalities with my friends in the neighborhood who were Indo-Guyanese and Indo-Trinidadian. However, to my grandparents we were “Jamaican Indians” and our routines reminded me of it daily. We ate roti, dahl and rice, choka and curry at home most days, and there was a constant hum of Indo-Jamaican folk songs and bhajans (Hindu religious songs) playing on repeat. My grandparents had the day and time memorized for almost every Indian program on the AM and FM radio, which we listened to regularly. When my grandmother’s sister would visit from East Flatbush, Brooklyn she would bring the latest Bollywood hits, movies and songs, pirated onto tapes for us to hear or watch. For much of my childhood, I grew up with a strong sense of “Indian” identity. Yet we didn’t speak any Indian languages at home with the exception of Caribbean Hindustani words related to food. Or my grandfather singing along to Hindustani songs by Johnny Mykoo, Harricharan, or Azim Beharrie. I never met other Indo-Jamaicans beyond my extended maternal family members, neighbors or friends of my grandparents’ from rural Jamaica, where I spent almost every summer and Christmas break.

What is the definition of Indo-Jamaican? You may have never heard the term-before. Indo-Jamaicans are descendants of those who came or were brought from the Indian subcontinent to Jamaica immediately following the 1833 abolition of slavery in the British Empire. When a new system called indentureship was introduced, bonded laborers from India were transported to nineteen British overseas territories in Asia, Africa, and the Caribbean to fill the labor shortage created by the departure of former slaves from plantations. Their recruitment began in 1834, and ended on March 20, 1917. It is estimated that over two million people were indentured laborers during this period. For 72 years, from 1845-1917, 37,027 Indians were indentured to Jamaica, my ancestors were among them. The system of indentureship ultimately shaped the history and culture of Jamaica through food, music, sports, business, and religion, creating a small yet vibrant Indo-Jamaican society. Due to various economic, political, and social factors Jamaica has experienced out migration with the Indo-Jamaican community becoming dispersed to the United Kingdom, Canada, the United States and beyond.

In the United States, May is recognized as Asian American and Pacific Islander (AAPI) Heritage Month in celebration of the contributions that generations of AAPIs have made to American history, society, and culture. As someone of Indo-Jamaican descent who did not see Indo-Jamaican representation outside of my family it’s always been a difficult month to celebrate. A few years ago, I went on a quest to find any archival information highlighting Indo-Jamaican migration to the United States, so I could acknowledge and celebrate that my people have been here for years.

To my surprise, the United States National Archives contained microfiche records of temporary importation of Jamaican agricultural workers into the U.S. during World War II by the War Food Administration. Before me was a passenger list of the U.S.A.T. General George S. Simonds voyage to Port Everglades, Florida in April 1945, almost one hundred years after the first Indian indentured laborers arrived in Jamaica under the British Indian Indenture system. On the passenger list these thirty men were listed as nationals of “Jamaica British West Indies” and their race as “East Indian.” Without even looking at the race column I immediately recognized many of the names as being those of Indian families that my grandparents spoke of from our rural area of Clarendon, Jamaica – Bagalue, Baccus, Bassaragh, Maragh, Mahabeer, Stewart, and Badwah. Seeing Badwah surprised me the most since my Great Grandmother is a Badwah descendant and we’re believed to be the only Badwah family on the island.
After years of feeling invisible, I finally have documentation to prove that Indo-Jamaicans have been in the U.S. and contributed in significant ways. There were multiple ships over the course of 1945 that had “East Indian” men from “Jamaica British West Indies.” The discovery of a distant relative’s name in these passenger lists sparked my desire to document and highlight the intersectional identities of other Indo-Jamaicans so there can be greater representation of our stories within conversations about Indo-Caribbeans and the South Asian diaspora in the United States. South Asian American Indo-Jamaicans have experienced a double migration– from India to Jamaica then Jamaica to the United States. We are 'doubly displaced,' and we need to be purposeful in telling our stories and naming our experiences so that we do not continue to be framed as foreigners by the broader media outlets, especially in a political climate with growing anti-immigrant sentiment. I believe it is critical to share our family migration stories to ensure we are part of the American cultural fabric, to highlight our contributions within and beyond our community and to better support our ability to foster community identity and belonging for future generations.

As a SAADA Archival Creators Fellow, I will document the oral histories of Indo-Jamaicans in the United States, I hope to gather migration stories and archival images that document the representations of identity and culture, including images of food recipes, family photos, musical traditions, and representations of various religious affiliations and practices stemming from the traditions of Hinduism, Islam, and Christianity. Questions of representation and visibility have awakened in me a desire to document the diverse stories of my small Indo-Jamaican community. Our lives have not yet been fully explored by academics and social scientists, and our stories may otherwise go untold. If you are interested in sharing your images that tell your story as an Indo-Jamaican, please reach out to IJS@saada.org.

This project is dedicated to my ancestors, the original indentures of the Moonasingh & Paul families, that crossed the Kālā Pānī from India to Jamaica in the British West Indies and now their kin spread across the global south diaspora. 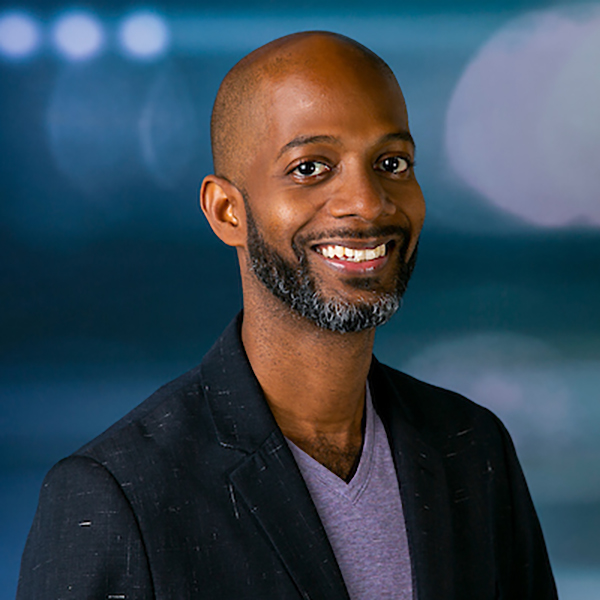 Michael A. Henry is passionate about cultural heritage and based in South Florida with a professional career in financial services. His fellowship project will collect oral histories, migration stories, and cultural artifacts of Indo-Jamaican experiences and culture. This project hopes to broaden the discourse around the South Asian American diaspora to provide representation for minority subgroups. The Archival Creators Fellowship Program is made possible with grants from The Andrew W. Mellon Foundation and the Institute of Museum and Library Services (IMLS).