The Hendrix of Dhol 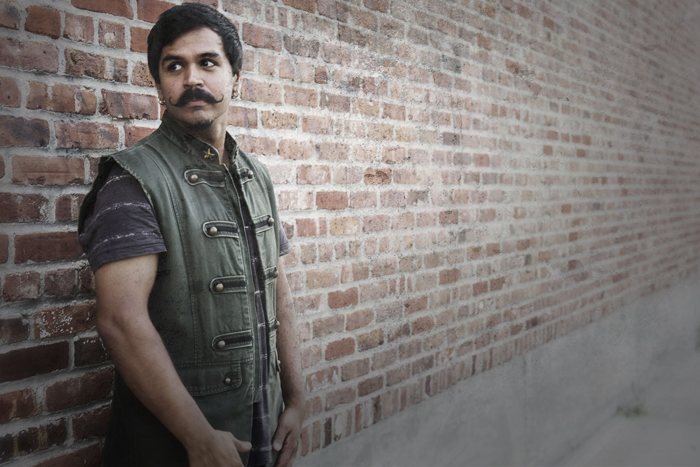 Perhaps the best way to understand what Sunny Jain is accomplishing with his music is less as a finished piece and more a piece still in motion. It is confident, dynamic, energizing and layered music. Red Baraat, the band he has led since 2008, brings together percussions and horns from a variety of musical traditions, including bhangra, New Orleans jazz, funk, go-go, and hip hop. It is a sound that needs to be seen live as much as heard. The accolades keep coming. Jain has been called the “Hendrix of dhol." Downbeat magazine has listed him on their top critics’ poll. He has recorded with Norah Jones, Peter Gabriel, and many others. He has played in the White House. Red Baraat’s record, Shruggy Ji, debuted at #1 on the Billboard World Music Charts. Their latest record, Gaadi of Truth, was just released in January.

And yet, when you ask Sunny what he is accomplishing with his music, there is a tentativeness in the answer, a suggestion that it is too early to know.

My teachers always told me it was 3-step process: 1. Get the fundamentals down. 2. Emulate the greats. 3. Find your own voice. I still study the greats, but I’m trying to find my voice and I believe that’s just an ongoing process that’s never truly attained; just something that can be reflected after time has passed.

For a musician much of the effort is to identify one’s own musical statement and carry that forward, while being open to that changing with the times. One’s own voice can be harder to pin down when one feels the need to blaze one’s own path.

While there was no musical tradition of South Asian American culture twenty years ago, there was a precedent in jazz. South Asians and American jazz artists have a history of influence and collaboration dating back to the 1950s. One of the most notable connections is John Coltrane’s deep respect for and learning from Ravi Shankar. Coltrane is quoted as saying of Shankar, “I collect the records he’s made, and his music moves me. … I’m certain that if I recorded with him I’d increase my possibilities tenfold, because I’m familiar with what he does and I understand and appreciate his work.”

It would have varying degrees of an exotic quality – respectful yet invoked partly because of the sound’s foreignness.

Harihar Rao was one of the few Indian immigrants to lead a jazz band in the 1960s (with trumpeter Don Ellis), the “Hindustani Jazz Sextet.” This brought together tambura and sitar with jazz. They played regularly in Los Angeles in the mid 1960s and played a concert with the Grateful Dead in 1966. The band never recorded but it demonstrated the possibilities of forging new paths.

Today, the practice of American jazz musicians invoking Indian classical music continues. But, now South Asian Americans who are doing this, and to remarkable effect. For artists like Rez Abbasi, Vijay Iyer, Rudresh Mahanthappa, and others, it is less an exploration into “the other” and more into the self. These musicians of the contemporary era, including Asha Puthli from the 1970s, show that the bridging of South Asian and American cultures not only is possible but necessary in order for them to achieve a sound authentic not to one’s culture but to oneself. As Sunny said of his own personal journey,

What motivates and challenges me in music is to express myself as the individual that I am. There wasn’t necessarily a musical tradition to the Indian-American culture I grew up in. There certainly are, however, deep Indian and American musical traditions. I’m always searching for a better way to articulate myself through sound.

I think this is something for the historians in the years to come. Can’t really say as we are in it now.

The implications of South Asian American jazz (if we can call it that) are more than musical. Intentional or not, they also are political. 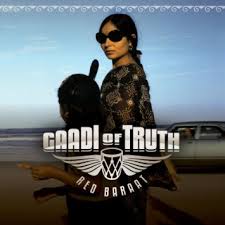 Simply having South Asian Americans as recognized figures in jazz demonstrates that stereotypes of the diaspora as situated only alongside whites are false. Instead, the community teams with various cultural and racial backgrounds. Nothing makes this more visible than Red Baraat itself. The multi-racial, multi-faith band illustrates political possibilities, namely a desire to recognize diversity as a normal part of the human, social experience. On their third and newest album, Gaadi of Truth (released January 30th to rave reviews), they openly challenge the focus on them as first and foremost a multi-racial band. Instead, they are a group of talented, complimentary musicians (all men) who represent diverse backgrounds. As Sunny said,

I’m not looking to leave a legacy or make a statement with Red Baraat being a multi-racial band. Red Baraat is simply a reflection of the world we all live in. If anything, I do hope that people open their eyes to the idea of pluralism and unity in differences. … It’s about pluralism and everybody coming together in a party fashion and instilling enjoyment.

As Sunny finds his voice, his work asks the nation to come together and create new beats.
Pawan Dhingra is Professor and Chair of Sociology at Tufts University and President of SAADA's Board of Directors.