The 'Mughal Princess' of Mexico 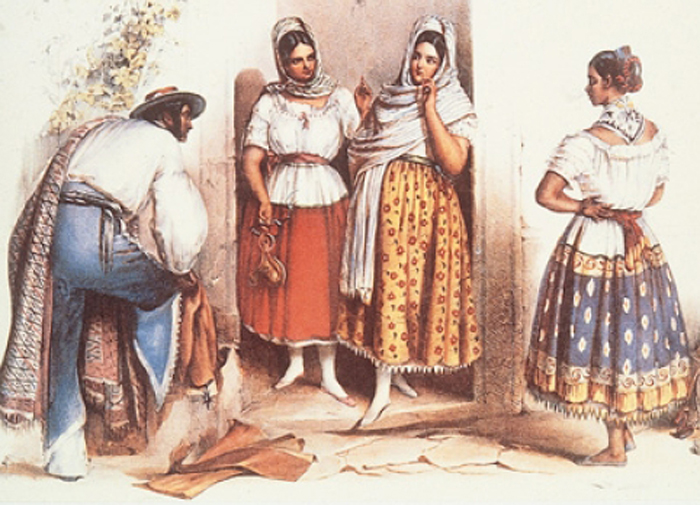 Carl Nebel, "Poblanas" (1836) showing village women in their typical dress, which was the basis for the Mexican national costume.

“We heard about her first in Los Angeles. We had been told wild tales about East Indian women disguised as men, working in the Californian rice fields and vineyards beside their husbands. But we, who had lived in India, did not believe them. Indian women are a home-keeping lot. They do not till the fields; and but few of them travel.”

Thus begins Annette Thackwell Johnson’s 1922 piece for The Independent in which she describes her meeting with a Punjabi Mexican family in California. Johnson was surprised to find Indians on the west coast of the U.S. and even more to find them marrying Mexicans who lived in the area. However, Johnson was unaware that these were not the first Indians to have crossed the Pacific Ocean to get to North America. Nor did she know that one of the most famous people to make the transoceanic journey happened to be a woman.

The earliest immigrants from South Asia to North America arrived in the sixteenth century. Although this is not an oft-cited chapter of South Asian migration, we know from archival records that men and women from the Indian subcontinent crossed the Pacific Ocean on ships that were bringing valuable commodities from Asia to colonial Mexico via the Manila Galleon Trade (1571-1815). There is little trace of the presence of the South Asians who lived and worked in Mexico during the colonial period except for one woman whose legend lives on even today.

She was purportedly born Mira in the kingdom of the Gran Mogol, or the Great Mughals, where she was captured by the Portuguese who eventually sold her to the Spanish at the port of Manila. From there she was taken to Acapulco and on to the city of Puebla in Mexico. Along the way she converted to Catholicism and was given a new name, Catarina de San Juan. In her new home she 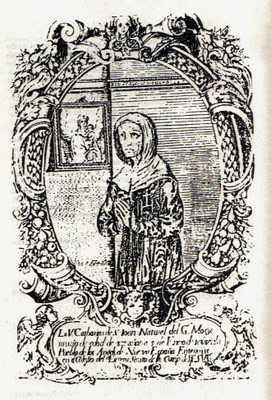 Engraving of Catarina de San Juan from the second part of the three-volume work by Alonso Ramos.
took on the adopted faith with such fervor that she became widely known for her religious visions and ecstasies. Upon her death the city held an elaborate funeral and her confessor delivered a sermon that was later published. Catarina was illiterate so what we know of her today is derived from the writings of priests. It is highly unlikely that she was a Mughal princess, but she or her interlocutors might have embellished the story (see image below).

Altogether three books were published on Catarina after she died, one of which was written in three parts and was the largest book published in Mexico at the time. The priests did not shy away from mentioning her foreign origins, but at the same time hailed her as a local hero. The fact that she had accepted Catholicism so enthusiastically despite being born into another religion made her an exemplary case.

So beloved was Catarina that the Church leaders in Puebla wanted to see her canonized. But despite their prodigious writings, the Holy Church in Europe did not allow it. In fact, the Church was uncomfortable with the power an Asian woman had garnered and proceeded to ban all images and books about her. As with most instances of censorship, such efforts only served to increase Catarina’s fame. In the absence of a textual record she was given yet another persona, in the popular imagination she became China Poblana, or the Asian woman of Puebla (in the colonial era the word china was used to refer to anything or anyone that came from Asia).

In her incarnation as China Poblana, Catarina was credited for giving birth to Mexico’s national costume (see image at top). The link between the South Asian woman and the Mexican national dress has now been proven to be untrue. The phrase china poblana can also refer to a woman or maid from a village, pueblo, suggesting that the national costume is based on the dress of the mestizo women of small Mexican towns. 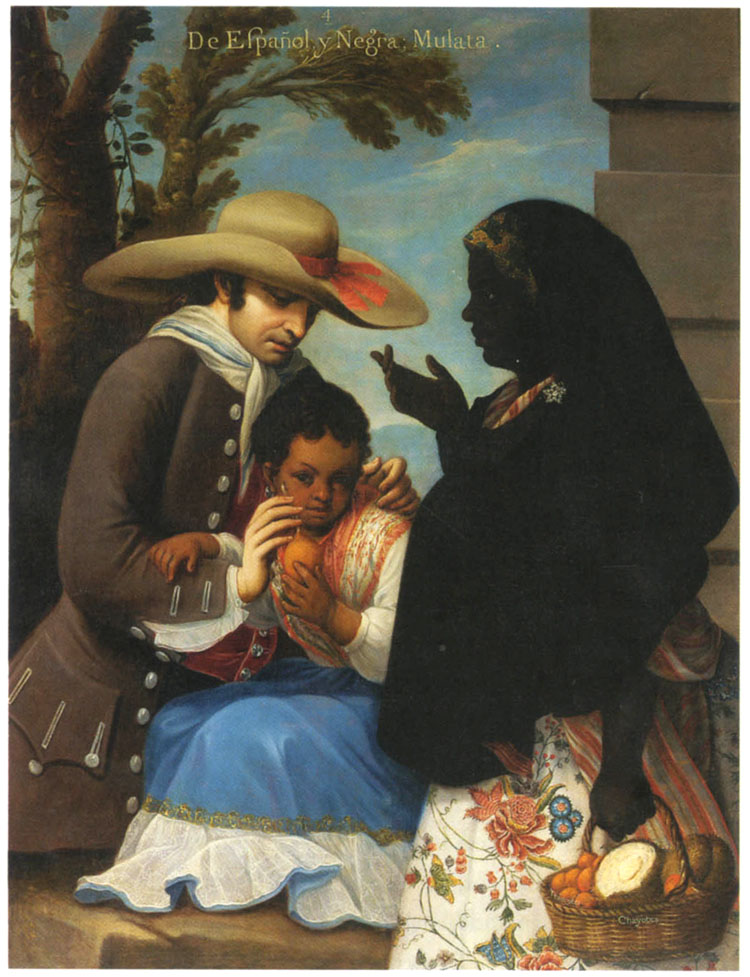 Painting by Miguel Cabrera (1695-1768) depicting a mixed race family. The woman is wearing a dress that looks like the Indian chintzes that were popular exports at the time.
However, despite the semantic confusion, the fact that Catarina was connected to a style of dress is not entirely fantastical. During Catarina’s life Indian textiles were one of the prized commodities that were sent from Manila to Mexico, visual evidence of which we see in the famed casta paintings.

Dress is also something that Annette Thackwell Johnson commented on when she met the Punjabi woman in California. She wrote, "the full, gathered skirt and the white chadder that draped the calm oval face did not deviate by a hair’s breadth from the time-immemorial North India women’s costume.” Johnson projected onto the unnamed woman her own idea of Indian femininity and could hardly feign her disappointment when the woman insisted on speaking in English and partaking in the Western custom of shaking hands. Catarina de San Juan suffered a similar fate, where the details of her life come to us filtered through others’ conceptions of a pious woman. However, what we can glean from the surviving records is that there is a long history of South Asian women living in unlikely places and integrating into their new communities. 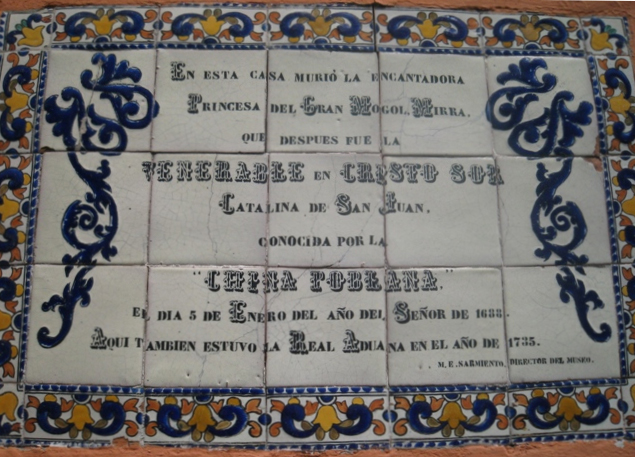 A ceramic tile plaque at the house where Catarina de San Juan died in the city of Puebla. It reads “In this house died the enchanting princess of the Great Mughal [Empire], Mirra, who later became the Venerable Sister Catalina de San Juan known as “China Poblana,” on the 5th day of January of the year of the Lord 1688.
Meha Priyadarshini recently finished her PhD from the History Department at Columbia University and is currently a fellow at the Getty Research Institute in Los Angeles.