I Used To Feel American


There Is No Liberation in Isolation


An excerpt from Caste and Outcast
By Dhan Gopal Mukerji | 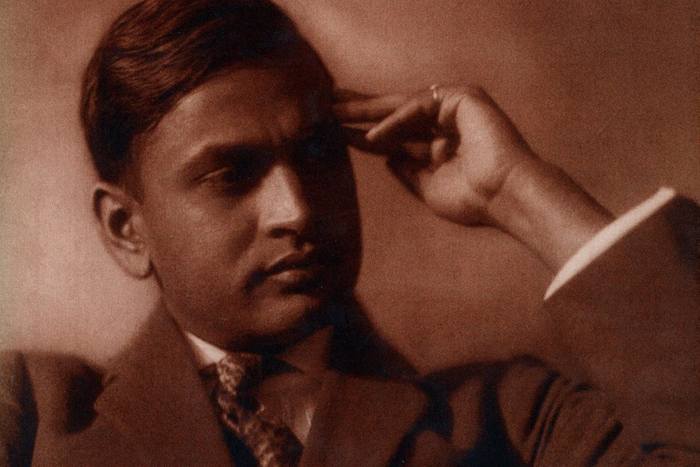 Dhan Gopal Mukerji was among the first successful South Asian American writers and one of the first South Asian authors who took seriously the task of writing in English. Born in Calcutta in 1890, he immigrated to California in 1910. Mukerji won the Newbery Medal for his 1927 Gay-Neck: The Story of a Pigeon.

Mukerji received widespread recognition for his 1923 memoir, Caste and Outcast, which described his Brahminical upbringing in Bengal and his lonely college days at Berkeley. In the following excerpt, he writes about his first experiences in the US.

America at last! The seventeen days of Asiatic steerage seemed like the experience of another man the very moment the immigration authorities gave me permission to enter the United States. The reverence that I felt for this country was so great that nothing short of falling to my knees and kissing its soil would have sufficed to express my feelings. But Americans are strange people! No sooner did they see that I had such feelings for their country that they began to knock it out of me in a very unceremonious fashion.

The first American I met on landing was a man very quaintly dressed (later on I learned he was wearing “overalls”), who had been sent to me to take care of my trunk, which he threw from the deck of the ship down to the wharf—a matter of some eight or ten feet. Not knowing enough colloquial English, I quoted to him the magnificent lines of Milton: “Him the Almighty Power hurled headlong flaming from the ethereal sky.” The expressman looked at me very quizzically and exclaimed: “Cut it out! You’re too fresh!” This was my initiation into America.

Somebody directed me to a boarding house where I spent the night. When I was called to breakfast the next morning I noticed the sugar was missing from the table. When after some fuss the landlady produced the sugar, I said to her: “This reduces the entire discussion to a reductio ad absurdum,” she exclaimed: “My God, what’s that?”

Since I had come to acquire knowledge in America, I did not tarry in the seaport town very long, but hastened to Berkeley, the site of the University of California. I had no money except fifteen dollars that a friend had lent me. I went to the university hungry for knowledge not knowing that knowledge, like bread, has to be paid for. So they took fourteen dollars out of my fifteen under different pretenses, such as “non-resident fee,” “gymnasium fee,” and “infirmary fee,” and to my great consternation, that drew my last dollar out of my pocket, as the magnet draws the needle, for I had spent the fifteenth dollar already; and there was nothing left! Yet thanks to a fellow traveler on the ship, I did have the care of friends. I had met on the ship a young Jewish-American named Barusch who one afternoon came down from his second-class deck to talk with me in the steerage. A quotation I had occasion to use from Emerson astonished him and he exclaimed “Why, you are an educated man.” Being young, I answered, “Yes—very.” That made him take pity on me and he invited me to come upstairs and have tea with him. Tea parties with him became after that daily affairs of more importance than I was ready to acknowledge. They were the only occasions when I ate anything, during the entire trip, because in the Asiatic steerage they gave us Japanese food which I simply could not swallow.

When I decided to go to Berkeley, young Barusch, who was planning to stay on in Seattle, gave me a note to his family who lived in Oakland. They were kind enough to put me up for seven days. I never told them how little money I had, and since I could not buy any presents I gave them, as an expression of my gratitude, the few Indian rugs and Japanese vases I had brought in my trunk. I am positive had they known how little I possessed they would have refused everything, for they were the kindest and most generous of people.

But I could not go on exchanging Indian art for American food and so I sought out a Hindu student, who told me to go and get a job. Apparently he had lived in America a very long time. I asked him what kind of job. He said, “Dish-washing, taking care of the house—anything. Go and ring the bell of every house until you find a job.” So I went on ringing door bell after door bell. From each opening door came a “No thank you,” in tones running the whole scale from the snarl of a tiger to the smile of a lady.

But at last I reached a house where they asked, “What can you do?”

“Anything,” I said—“washing dishes, taking care of the house.”

“Can you begin tomorrow?” the lady asked me.

I replied that I could, but I must first find lodging for the night. “May I come to you?” I politely inquired.

In a very businesslike way she replied, “All right. Your room will be ready in the back yard.”

So I hastened back the same afternoon with my bundle and one book, a copy of Emerson’s Self-Reliance. I was shown into a little cabin in the backyard and was given a badly needed meal, for I had had nothing to eat all day.

Next day my duties began. I did manage to clean the house somehow. I swept the front porch and swept the back porch, but it never entered my head to take the dust away on the dust pan, and I swept all the dust from the house onto the sidewalk. My employer’s neighbor telephoned her that the sidewalk must be kept clean, as it is a state law. I hastened then, in my shirt sleeves, with my suspenders showing, to sweep off the sidewalk. But my employer stopped me and said: “Don’t shame the house by going out like that. Put on your jacket.” I had never heard a coat called a jacket before, so she had to explain to me, and by the time I had understood, most of the dust had been removed by the wind.

However, this employment did not last long. By noon time a huge pile of dishes had accumulated in the kitchen to be washed and my employer said to me during lunch, “Perhaps you want to wait until your lunch is over before washing the dishes.” I hastily assented and began eating lunch. After lunch I piled up more dishes in the sink, put on my coat, and went out for a walk in the beautiful sunshine. When I had returned from my walk, my employer sternly demanded, “Why aren't the dishes done?”

“Don’t you know?” she asked in astonishment.

“But,” she said, “you took the job on the understanding that you would wash dishes.”

“I will wash dishes if you will show me how,” I replied.

Then in great dudgeon she said, “Will you please look for another place tomorrow?”

She answered, “I mean you are fired."
In the coming months we will be highlighting memoirs by South Asian American authors. Would you like to suggest a memoir for us to feature? Let us know!