I Am My Own Savior


Tales of Displacement, Memory, and Identity from Afghan & Afghan American Women
By Zainab Mohsini |
I am Afghan American. While my life has been shaped by the strength, courage, and humanity of Afghan women like me, it’s nearly impossible to find accurate representations of us in the popular and political media. The goal of my SAADA Archival Fellows project is to collect and document the invaluable perspectives of Afghan and Afghan American women in Northern Virginia since our stories demonstrate complex conceptions of war, displacement, and gender.

Nearly every time that I walk into a library, I try to find a single nonfiction book about Afghanistan that is written from an Afghan perspective that centers Afghan voices. As I walk through the aisles of volumes about history and geopolitics I encounter, over and over, the names of white veterans, journalists, and military analysts who offer a vision of Afghanistan mired in blood and violence. Bestselling titles, some of which have even inspired movies, such as Lone Survivor, Ashley's War, and 12 Strong, center a cultural discourse regarding Afghanistan within a white, militaristic framework. In these narratives, Afghans are either terrorists who deserve violent death, or disempowered masses thankful for U.S. military intervention. In particular, authors use Afghan women as overly-simplistic rhetorical symbols to justify the U.S.’s longest war.

Where do these stories leave actual Afghan women like me? What do our perspectives show about U.S. imperialism and foreign policy? How have we navigated war and displacement to build our own complex identities? Believe it or not, we are not a monolith, and we do not have a single, unified perspective on how we see U.S. involvement in Afghanistan, which stretches back to at least the 1980s. However, U.S. politicians have consistently and actively sought to minimize the voices of Afghan women, instead speaking for Afghan women in an attempt to drum up popular support–including from white liberal feminists–for military intervention.

The political mythmaking surrounding the war in Afghanistan is apparent in Washington, D.C. In October 2001, Representative Carolyn Maloney gave a speech on the House floor dressed in what she said was a burqa (but was really a chaderi) to dramatize her argument that “even in war, we [the U.S.] are showing a regard for human life and human rights that the Taliban will never know.” Even in the chaotic withdrawal from Afghanistan, during which the U.S. left behind tens of thousands of Afghan women who are direct targets for reprisals from the Taliban, President Biden has blithely assured the world that he will "continue to speak out for the basic rights of the Afghan people — of women and girls.” Using Afghan women as metaphors, justifications, and objects has been a central strategy of U.S. international and domestic policymakers since the conception of the War on Terror. However, Afghan women have rarely, if ever, had a platform to share our perspectives. Our erasure from public discourse is particularly dehumanizing now due to the Afghan refugee crisis and the resulting uncertainty of the future of women in Afghanistan and the diaspora.

The U.S. government has intentionally rewritten Afghanistan’s history to justify its militaristic policies. For instance, the expulsion of Afghanistan from “South Asia” to “The Greater Middle East” in U.S. public discourse serves to tie us to popular xenophobic and racist mythologies about the latter region. In defending the chaotic withdrawal of U.S. troops from Afghanistan, President Biden said: “Our decades-long effort to overcome centuries of history and permanently change and remake Afghanistan was not [achieved], and I wrote and believed it never could be.” This racist statement insinuates that Afghans are inherently violent and undemocratic. President Biden echoes the countless Orientalist “scholarly” and “journalistic” articles decrying “tribalism” as the greatest source of conflict in “The Greater Middle East” and particularly Afghanistan. These bigoted narratives erase the complex history of all countries included within that imagined political geography, including South Asian nations such as Afghanistan and Pakistan.

This inaccurate discourse seeps into the everyday lives of Afghan American women. White, patriarchal society often exoticizes us because of the U.S. savior complex and Orientalist myths about Muslim women’s sexuality. And then, in South Asian spaces, we must continually fight for our inclusion despite ties between Afghanistan and the rest of South Asia that date back thousands of years, to at least the Indus River Valley Civilizations that began around 3300 BCE. Even today, Afghanistan is a part of transnational organizations, such as the South Asian Association for Regional Cooperation and the South Asia Free Trade Agreement. Millions of Afghans have lived and currently live in Pakistan and India since generations of geopolitical instability have forced Afghans to seek refuge in surrounding countries. Afghan poetry adorns Indian historical artifacts and Afghans are prominent consumers of Indian cultural productions, music, clothes, movies. However, since Afghan women were such a key justification for military involvement in Afghanistan, the U.S. government has actively sought to obscure the realities of our histories, cultures, and experiences in order to make us easy political pawns in the public’s eye. Our difficulty in finding a place within narratives of the South Asian community creates an additional sense of displacement from our own identities. Our expulsion from South Asian spaces also minimizes the potential political power that we could collectively obtain from our shared experiences of racism and U.S. imperialism. My SAADA project is an effort to reclaim our place within South Asia and South Asian diasporic communities by capturing the complex voices of Afghan and Afghan American women on our own terms.
Within Afghan communities, there are many ethnic groups, each with their own dialects, languages, cultural traditions, and unique relationships to Afghan history. My discussions with interviewees will focus on how their lived experiences with war and displacement affect their gender, ethnic, and personal identities. Since I speak, read, and write Dari, I will be able to converse directly with most people in their preferred language, which many U.S. academics and journalists are not able to do. I am Hazara, an ethnic group which the Taliban and various Afghan governments have massacred, displaced, sold into slavery, and oppressed in multiple ways. Even within the Afghan diaspora, our voices, perspectives, and realities are marginalized because our narratives create a much more complex vision of the history of Afghanistan and the diversity of Afghan Americans. As a Hazara activist, I have direct connections with other Hazara women in Northern Virginia who I will interview.

My activism also gives me connections to some of the other Afghan ethnicities within the Afghan American community whose voices I aim to center in my project to try to represent the diversity of our community. I recognize that I am limited in the number of perspectives and stories I can include in this project. My hope is to begin a larger effort to holistically represent Afghan and Afghan American women’s stories within the South Asian community and mainstream narratives.
Though there are hundreds of thousands of Afghan Americans in the U.S., with the largest concentration of first generation Afghan immigrants being in the D.C. Metro Area, stories told from our perspectives remain largely ignored in societal conversations about war, displacement, and immigration. This problem is especially apparent with the case of Afghan American women. The necessity to center the voices of Afghan American women in Northern Virginia is particularly urgent now since we are likely to see thousands of new refugee women resettling here in the coming months. I will utilize my extensive personal and professional connections to collect and document the diverse experiences of Afghan and Afghan American women in Northern Virginia. I hope to speak to older, first-generation women like my mother, and to younger, second generation girls growing up in the United States. We are an important part of South Asian American history in particular and U.S. history in general. Our perspectives demonstrate the gendered dimensions of war, resettlement, and politics abroad and at home. 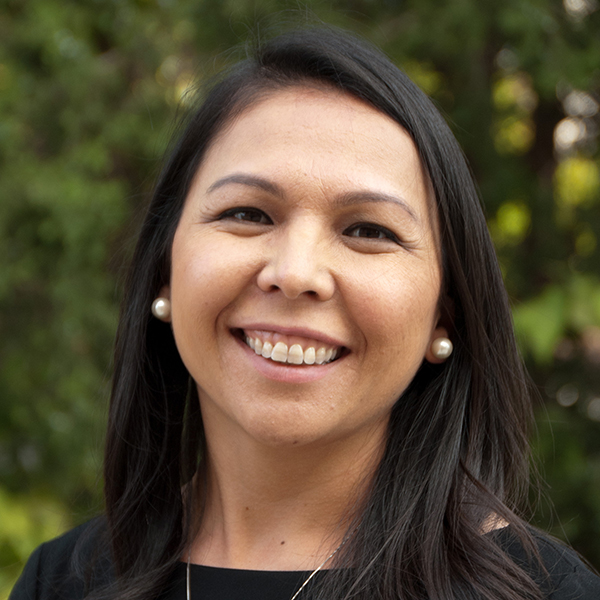 Zainab Mohsini is an Afghan refugee, community organizer, social justice advocate and former Congressional candidate. Zainab’s SAADA project focuses on telling the stories of Afghan women in their own perspectives to showcase their diversity, resilience, and humanity. The Archival Creators Fellowship Program is made possible with grants from The Andrew W. Mellon Foundation and the Institute of Museum and Library Services (IMLS).