The Crooner from Kashmir 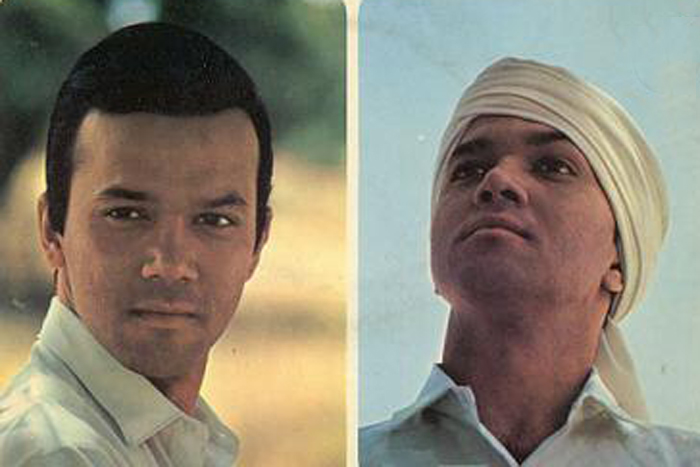 Described as the "East Indian warbler"1 and the "crooner from Kashmir,"2 Kuldip Rae Singh's life as an entertainer began in 1956 when he was a 21-year-old medical student at UCLA. Singh had called in to Groucho Marx’s You Bet Your Life, and landed a spot as a contestant on the famous quiz show. "I wanted to get on the Groucho Marx program, not to perform, but to make some money," he explained. "So I called the office one day and the girl was so intrigued by my accent that she asked me to come in and see them."3 On stage, Singh appeared a natural performer, hamming it up for Groucho and his audience, describing his birthplace in the “beautiful, romantic valley of Kashmir,” his escape from an arranged marriage, and his affections for Indian, Spanish, and American women. When asked of any special talents, Singh told Groucho about his passion for singing, and burst into a rendition of the Guys and Dolls' number "A Woman In Love" that made his co-contestant blush. It turns out that Singh was a lousy quiz show contestant, striking out on both of his questions. But none of that seemed to matter, since he had seized the opportunity to make his singing debut for a national audience.


Singh was immediately heralded as an overnight sensation, a “Cinderella boy”4 who could possibly be the next Liberace or Lawrence Welk.5 After his appearance on Marx’s show, Singh was reportedly flooded by 8,000 fan letters, five of which included marriage proposals. 85 Kuldip Singh fan clubs had formed across the country, and Singh soon received multiple offers, including an invitation to appear on the George Gobel Show, a call from 20th Century-Fox, a recording contract from RCA-Victor, and a profile in Life magazine. He also, allegedly, received an offer from an ice cream company interested in the rights to his name, so they could create a special “Kuldip” sundae.6 With RCA, Singh cut a series of 45s as "Cool Dip Singh," including covers like Tommy Steele’s “Butter Fingers" and “Don’t Take My Heart.” His contract had been hailed as a "first" by RCA music director Henri Rene, who explained, ‘Usually a new talent must prove himself… before being offered a recording contract. But Kuldip was signed on the strength of one unrehearsed performance.” Rene went on to praise Singh, saying that “[h]e has a natural, inborn charm. He knows what he is doing, and he gets this across to the audience.”7

His fanbase would have certainly agreed. 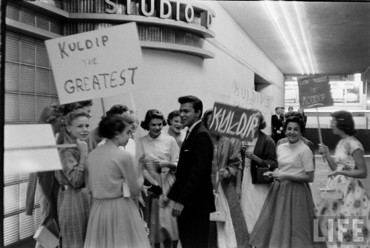 The effect he had on his fans was often noted in the press. One fan had allegedly written to Kuldip, “I don’t want you to go back to medical school but since you have studied some medicine please send me something for goose bumps.”8 A Los Angeles physician wrote to Singh, “Many men can become doctors, but only a few are blessed with a talent like yours. Use your God-given voice.”9 Singh eventually did leave his studies in California to devote all of his time to his budding performing career, a decision that had at least one unforeseen consequence.

By November 1956, just weeks after the Marx performance, Singh had made headlines again, this time facing imminent deportation. After Singh's heightened public profile, an Immigration and Naturalization Service officer had inquired about Singh's work status, and discovered that he was residing in the U.S. under a student visa but had dropped out from UCLA. Singh faced deportation if he did not willingly leave the U.S. by mid-December. He left the U.S. (apparently for Mexico), and returned on a visitor’s visa, embarking on a touring career that took him to venues like the Hesperia in San Bernadino, the Silver Slipper in Vegas, and other lounges in Miami and across the country. He also made a few inroads into television, appearing on variety programs like Tennessee Ernie Ford's show and the short-lived variety program Ray Anthony Show. He soon found himself cast in Orientalist features, playing the "Son of Aladdin" in Shirley Temple’s Story Book10 and landing a role in “The Heart’s Desire,” a teleplay about Omar Khayyam.11 After Singh was forced to leave the country, the stardom that was predicted after his appearance on Groucho Marx's show never quite materialized. He still had a following; one of his appearances on the show Matinee had reportedly created a new record for fan mail that NBC had ever received.12

Between the late 50s and early 60s, Singh disappears from the newspaper trail only to reappear in Spain, where he achieved greater musical success.13 In 1964, Kuldip resumed his career as a singer, recording a series of 7” singles with the Hispavox label. In his Spanish recordings, Singh was now marketed by just his first name, and on album sleeves he often appeared in a turban. 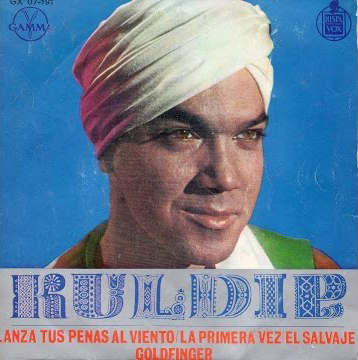 His 60s output was a far cry from his earlier recordings: gone were the crooning ballads, and in came the rhythms and baroque textures of 60s-era pop. His recordings included a dramatic Spanish cover of the James Bond-theme “Goldfinger,” as well as renditions of “The Ballad of the Green Berets” and “Spanish Eyes.” On that same recording, Singh included “El Salvaje,” a Spanish cover of “Chahe Koi Mujhe Junglee Kahen” from the 1961 Hindi film Junglee. By the 70s, Singh continued to record, releasing a 7” single in Germany on Polydor.14

Even as Singh gained some fame in the U.S. in the mid-50s and later in Europe in the 60s, several basic biographical details remained unclear. In the U.S., newspaper accounts often provided conflicting details about Kuldip Singh’s background. Most articles described his birthplace as Kashmir, a fact corroborated by Singh in interviews and in liner notes. But several other sources placed Singh's upbringing in the Caribbean; one paper described Singh's upbringing in San Juan, Puerto Rico,15 while another claimed that Singh’s father, a merchant, uprooted the family to Trinidad when Kuldip was only three months old.16 Other papers went so far as suggesting that Singh was born in Trinidad17 and that the singer had never visited India.18 One newspaper described his parents as being from Pakistan. Kuldip acknowledged, if not exactly addressed, the confusion, explaining that during reports about his impending deportation, “It was even doubted that I was a native of India. One report said that I actually came from Brooklyn!”19 The liner notes to his "Goldfinger" recording, however, provided another narrative. There was no mention of the Caribbean and instead a surprising explanation for his move to Spain:

He was born in the valley of Kashmir in Pakistan (India). As a young boy he traveled through the main capitals of America, Asia, and Europe with his father, an international lawyer. These were very quick trips, but they instilled an open and optimist spirit in the child. When he returned to India, he began his elementary schooling in Hyderabad Sindh (Lahore).

At nine years old, he moved to the US, where he remained at a boarding school until the age of 17, whereupon he graduated from the University of California. He studied medicine and worked on his music, toward which he felt especially inclined. His passion was to sing. At the time, Groucho Marx used to host a popular contest on television. Kuldip went to the program, and fate chose him to participate in it. He answered a number of questions and then he was asked to sing. That was the moment when his success began[...]

NBC hired him as an actor, and he participated on fabulous television programs together with Ernie Ford, Bob Crosby, Ed Sullivan, and Perry Como. He played important parts in famous US operettas and traveled through the main cities of the US… He was a star…

At this important point in Kuldip's artistic life, the call to paternal obedience, so sacred in India, reminded him of his abandoned studies. It was a decisive moment. He had to finish his medical degree. At the end of 1964, he resolved to go to Spain in the most rigorous anonymity to pursue his studies.20