"Spoken word poetry allows me to reclaim myself." Zain Ali Shamoon, a 25-year old Doctoral student in Couple and Family Therapy, declared this to me on a chilly Sunday afternoon in December. It was a warm and honest declaration made with colorful hand gestures. I would later learn that Zain, 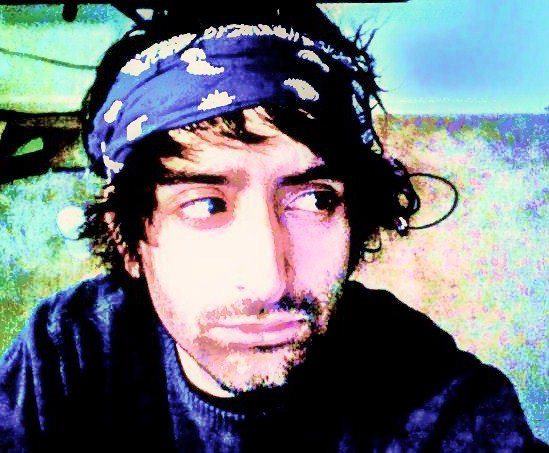 a Pakistani-American-Muslim, navigates his hyphenated identity with this type of fervor for life -- especially when it comes to discussing his views on the intersection of arts, community-building, and justice.

Zain first began writing and performing spoken word poetry in high school as a form of “catharsis.” He grew up in a pre-dominantly white Michigan suburb where spoken word gave him an “opportunity to be honest.” He has found that sharing his experiences through this medium has been life changing.

Zain first became attracted to spoken word because it allowed him to have a conversation with the audience. He hopes his performance pieces discussing systems of oppression can challenge the audience to think and live with a sense of critical consciousness. While people may be resistant to discussing how the construction of gender operates in all our lives, his male privilege has allowed him to delve into such issues facing little resistance. He believes art creates a space for the artist and the audience to be honest about such difficult topics.

Zain’s Muslim and South-Asian roots have inspired him to practice community-building through the arts. He attributes his rhythmic Punjabi heritage for his use of blending music with his poetry. Zain also spoke of how his experiences in communal Muslim spaces such as an ifthaar (breaking of the fast during Ramadan) can be poetically reviving. Zain has very impassioned beliefs on how the Western focus on the individual instead of the collective can breed apathy and an emotional disconnect among Americans. As a therapist, he believes that in our present-day society people are “starving for connection,” and art can be a vehicle to bridge those connections. He finds creating and sharing his art to not only be a liberating experience for himself, but believes that spoken word can bring communities together to celebrate their roots and gain a sense of social connectedness.

As Zain spoke, his eyes would light up giving life to why he believes creative expression is so crucial for social justice. He was introspective in his answers, and I could see how and why he didn’t compartmentalize his identity as a progressive activist, artist, or therapist. He spoke of all these parts of him weaving together to help him continue the process of reclaiming himself.

To learn more about Zain and his artivism, follow him on Twitter, like him on Facebook, and/or check out his spoken word on his Youtube channel.
Qurratulain "Annie" Sajid is a recent college graduate who majored in English and Women's Studies at the University of Michigan-Ann Arbor. As an aspiring community organizer, she is a firm advocate for liberation, laughter, and pomegranates-in that order.