In a twist of immigration law fate, Indian men who had emigrated from the Punjab region to California, and Mexican women who had immigrated after the Mexican revolution found each other as the most suitable mates, and a unique culture of Punjabi-Mexican families was born in the early twentieth century. Curry enchiladas and a fascinating blend of Catholic and Sikh religious heritage ensued, although many point to areas of overlap that already existed between the cultures; a rural background of farming the land, large families, and a love of chili-saturated foods.

Scholar Karen Isaksen Leonard, author of Making Ethnic Choices: California’s Punjabi Mexican Americans, counted roughly 250 couples in the Sacramento valley region, and another 50 in the Central Valley, and describes how many of the Indian men adapted their identities to the prevailing Mexican culture of other immigrants, changing their names from Magyar to Miguel, or Mondo from Mohammed. Changes in immigration law meant the phenomenon didn’t last more than a generation, but many, like dancer and choreographer Joti Singh, have explored Punjabi-Mexican history in works of art to keep this immigration story alive.

Watch this video about Punjabi-Mexican families in California, created in partnership with Timeline:

Read an interview in Tides with Joti Singh, whose work is featured in the Timeline video: 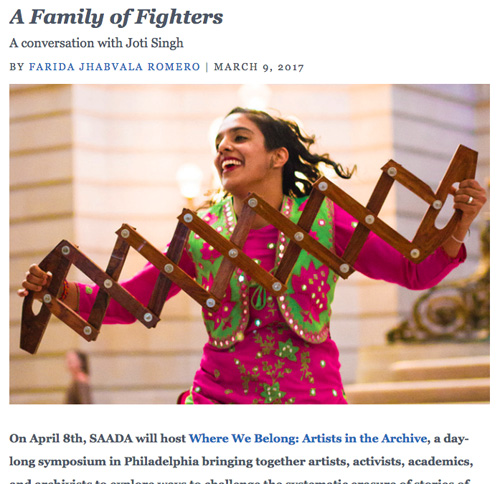 Watch this oral history interview with Amelia Singh Netervala, sharing her own family's history with SAADA:

You can also learn more and see many family photographs donated to SAADA by her in the Amelia Singh Netervala collection.
Support SAADA