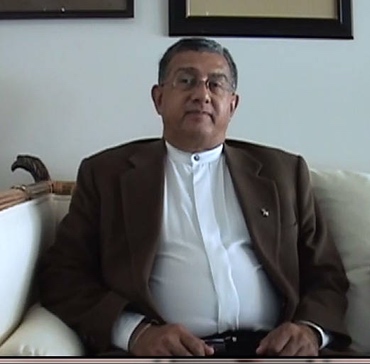 DESCRIPTION
Mr. Vashee was born in 1950 in Zimbabwe, in a town called Bulawayo. Mr. Vashee’s family is originally from Gujarat, India but had been living in Africa since his grandfather migrated there and he grew up as part of a large community of Gujarati merchants and settlers. He completed his early schooling in Zimbabwe before moving to India to attend the Indian Institute of Technology, Mumbai to study Electrical Engineering in 1969. After completing his degree, he came to the United States in 1974 in order to attend Cornell University, where he completed his Master’s degree in Biomedical Engineering. From there, Mr. Vashee enrolled in the University of Chicago and pursued a Master’s of Business Administration before moving on to work for Abbott Labs Diagnostic Division in 1977. Soon after that, he decided to take a job opportunity that brought him to Portland, Oregon. After spending a few years in Portland, Mr. Vashee was recruited by the fledging Microsoft Corporation and joined their ranks in 1982. His first job was convince software developers that MS DOS [Microsoft Disk Operating System] was the operative system of choice. During his time at Microsoft, he dramatically boosted several applications' bottom line and drove the acquisition and development of the PowerPoint division. Mr. Vashee also wields significant influence in the technology industry and Seattle area as an investor and co-founded the Seattle chapter of The Indus Entrepreneurs. Today, he and his wife regularly contribute funds and time to several national and Seattle-area charitable organizations. He lives with his wife Sita on Mercer Island and has three sons, Ajay, Nilesh, Nikhil.