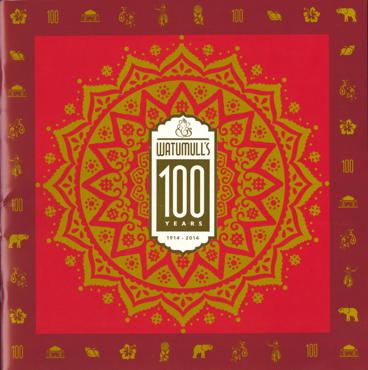 DESCRIPTION
The son of a brick contractor in Hyderabad, Sindh, Jhamandas Watumull first migrated to Manila, Philippines after an accident left his father significantly debilitated. Jhamandas stayed with an older brother and worked in Manila's textile mills, before starting a retail business that specialized in imports from the Orient. After World War I disabled the Philippine economy, Watamull moved to Hawaii in 1914 and opened a retail store in downtown Honolulu with his business partner Dharamdas, which would eventually be named the "East India Store." In 1917, Dharamdas returned to India, and Jhamandas' brother, Gobindram Jhamandas took over as his only business partner. The East India Store flourished, selling raw silk goods and "aloha shirts" on the island, turning into a major department store, before eventually opening additional branch stores in Waikiki and the downtown Honolulu area. In 1937, Gobindram Watumull built the Watumull Building, to house the company's headquarters. By 1957, their properties included ten stores, a Waikiki apartment house, and assorted commercial developments. In 1973, the number of stores expanded to twenty-nine.

The Watumull family were also involved in setting up several local philanthropic and educational institutions, including the Rama Watumull Fund, the J. Watumull Estate, and the Watumull Foundation. Ellen Watumull, the wife of Gobindram., was involved with the League of Women Voters in Hawaii to rescind the Cable Act of 1922, which prevented American-born women from retaining U.S. Citizenship when marrying non-citizens. She also worked with the Watumull foundation and Margaret Sanger to organize the first International Planned Parenthood Conference ever held in India.