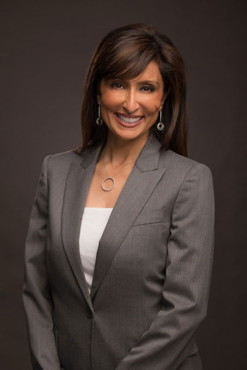 This item is an audio file.

The first election that I became completely intrigued with was the 1980 Carter v. Reagan campaign. I was young... I was nine. I was actually headed towards nine and I would be nine the same year that one of those men would have been elected. So I grew up hearing, and again this is also from my father... my mother was and is an amazing mother, but she was busy. She was busy with home things and so my father, I heard a lot of these other types of stories from. And he was very keen for a couple of reasons that we watch the evening news every night. At that point it wasn't the cable networks, as you know, it was the three... ABC, NBC, CBS and particularly he was watching Walter Cronkite at that intersection in time, so I grew up watching that. The reason for that was, one that he wanted to make sure that we as children were always very aware of what was happening around the world. That was something very important, even as a young child, age six I started watching news. And secondly he was so fascinated by the political system in the United States, because again, although India is a democracy and beautiful one, the United States is truly this meritocracy. We had in that election a governor via peanut farmer who was running against a former actor. Who, although was very engaged in organizing in California even before he was governor. But I mean, effectively it was, if you lay it down it was a farmer running against an actor. And my father would say, "what other country would this be happening in?" In a good way he was saying that!

There was a Saturday Night Live skit in 19... I believe it was somewhere around 1989 or so. It was where George H.W. Bush was on Saturday Night Live and it was Dana Carvey on the split screen and he was playing George H.W. Bush and they were just talking back and forth and I again remember a comment that was made at home, that was "what other country allows for their leader, their president... that person has such a good sense of self and sense of humor that they allow people to tease him right in front of him?" And so these things stuck with me and that's where my interest in politics came in. Blending these and many other situations that I heard growing up and anecdotes that I developed a deep passion for what this country has the capability of doing.