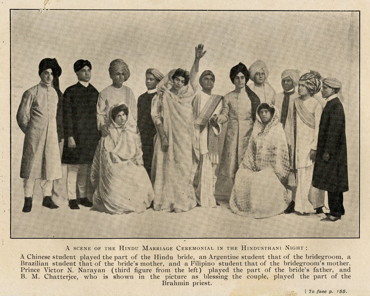 A Scene of the Hindu Marriage Ceremonial in the Hindusthani Night