There Is No Liberation in Isolation


Focusing on the diaspora alone is an incomplete story
By Dhanya Addanki |
“The power [of Dalit identity] lies in affirmation of their bodies, their blood,” Reverend Evangeline Anderson-Rajkumar, a feminist, an activist, theologian, and pastor told me. “When you make Dalit bodies so powerful and strong that there is no liberation without the Dalit touch — that’s the kind of affirmation that we need to arrive at.”

Anderson-Rajkumar’s story was the last oral history interview I conducted. It was recorded through Skype in April 2020 at the beginning of a pandemic.

As Rev. Evangeline spoke, I was reminded about the central purpose behind this oral history collection. I started with the belief that communities cannot heal from historic, intergenerational trauma without knowing their history. I hoped to catalyze collective healing and liberation through story. I also wanted to emphasize that caste doesn’t disappear when you take residence in the U.S. no matter how much you might try and ignore it, refuse to teach your children about it, or fail to recognize its presence, thick in the air in any South Asian circle and beyond.

The reoccurring theme in many of the interviews that I conducted was the story of how unsafe many Dalit people felt in largely South Asian spaces, some avoiding them altogether when possible to dodge the discrimination both subtle and blatant but equally horrifying. The mental, emotional, and sometimes physical battle scars are present in every Dalit person although the coping mechanisms of living through centuries of systemic oppression is different for each person, each family, each community — especially in the diaspora.

Many religious Christian teachings, including some that many Dalit Christians are raised in, preach a message that over focuses on the spirit, untying us from the happenings on this Earth and instead focusing solely on the afterlife. So emphasizing Dalit liberation theology in this project put the attention back on the body and forced me (and hopefully the Dalit people who interact with this work) to reclaim the sacredness of the physical body and its presence on this Earth. What would it look like if we emphasized care of the Dalit body? What if the stories and histories are in some way used as resources to fight for the protection of Dalit bodies in both South Asia and in the diaspora?

Paying attention to the body, for me, means remembering that Dalit women die earlier than upper-caste women because of the lack of healthcare access and biases that exist within the system.

During this pandemic, this means not ignoring the millions of Dalit migrant workers left without work, facing the double edged reality of this pandemic and continued systemic discrimination. We cannot ignore how sanitation workers in India were offered little respite and even less protection while still expected to work. In COVID-19 times, Dalit communities were made even more aware of their lack of healthcare, secure housing, funds, and unequal treatment.

Dalit people’s physical labor has always been forced to exist for the service of others in so many countries across the world. That essential and often unpraised work shifts the gears of so many societies. And although much of my project rightfully concentrated on Dalit people in the U.S, the larger point has always been co-liberation with the many Dalit people across the world for their freedom of spirit and soul, yes, but for dignity in their physical body and their labor.

My job in this fellowship was to capture stories through oral histories in the U.S., but focusing on the diaspora alone is incomplete. There is no liberation in isolation and stories and histories should catalyze action beyond self-reflection in the diaspora, no matter how radical that act itself is for Dalit people. This is what I learned most during this time collecting oral histories — all of this diasporic work has to connect to the larger movement of freedom and liberation beyond the U.S. The strongest movements are always tied back to the motherlands, standing alongside the people who are in the thick of it.

If more people in the U.S. are able to speak their stories, understand their histories, unpack inherited thoughts of uncleanliness, break patterns, and form community, the more action we can take to stand in solidarity with communities across South Asia. Both can coexist. As Lilla Watson says, our liberation must be bound together.

It looks like a ripple effect — access to history that leads to knowledge that leads to access of rights like healthcare, safety, and so much more, breaking beyond the confines and constructs that so many box Dalit people into.

Anderson-Rajkumar puts this well in her oral history interview:

And she’s right. I hope we can build movement toward a place where untouchability is banished, while allowing Dalit people to celebrate themselves, the dignity they created with the little that was given. It should have never been this way, but the culture and life so many Dalit people created within a system that tried to kill them every day is no small feat.

There’s a passage towards the end of Bama’s revolutionary book ‘Karruku’ that speaks well to what inspired this project. She says:

“They [Dalits] have become aware that they too were created in the likeness of god. There is a new strength within them, urging them to reclaim that likeness which has been so far repressed, ruined, obliterated, and to begin to live again with honour, self-respect, and with a love towards all humankind. To my mind, this alone is true devotion”

This devotion is what I hope this project will help Dalit people reclaim. Not just in spirit and mind, but in the body, too. 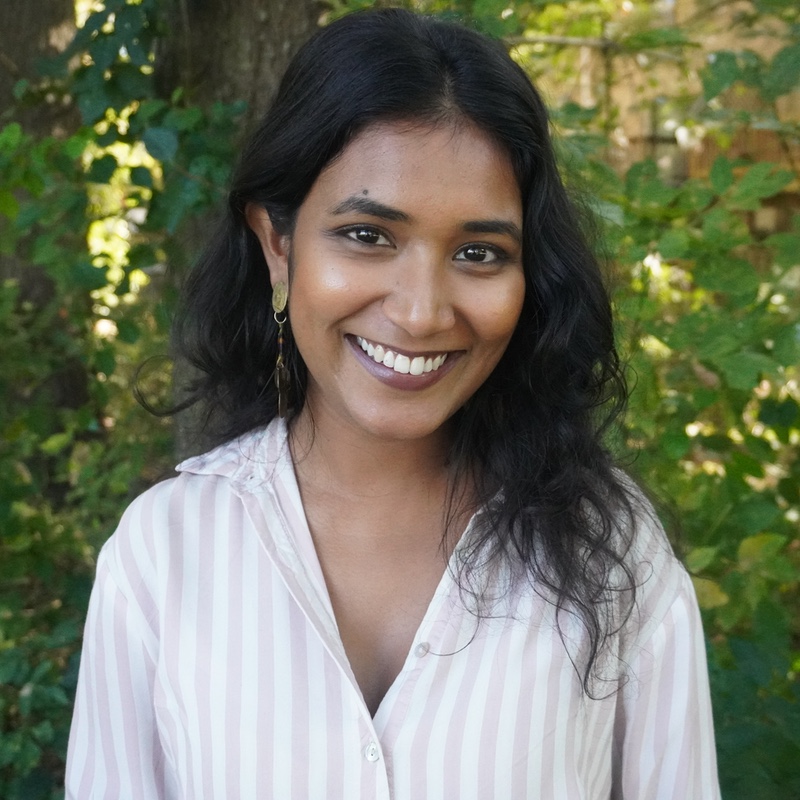 Dhanya is an editor, writer, and photographer, working mainly in advocacy, human rights, and justice oriented spaces. She was born in South India and raised in South Texas. Her fellowship focuses on the liberation of the Dalit community and the work being done by community members. The Archival Creators Fellowship Program is made possible with a grant from The Andrew W. Mellon Foundation.