The Cross-country Journey of Sadhu Balwant Singh Grewal and the Gill Brothers
By Philip Deslippe |
Born to a Sikh family in the Punjab at the turn of the century, Sadhu Balwant Singh Grewal grew up by his own admission as a “hell raiser.” He resisted his father’s desire for him to become an engineer, and instead pursued mysticism and agitated with his friends against British colonial rule and courted arrest. A face-to-face encounter with Gandhi in 1919 ended his time as a political radical and convinced him that he “never again wanted anything to do with strikes or war.” Grewal came to the United States in 1921 for his education, and in one sense he fulfilled his father’s wishes by earning an advanced degree in engineering and working for Ford Motor Company for decades in Detroit.

At the same time, he also lived a parallel life as a spiritual teacher, author, and lecturer, and created a “Temple of Divine Philosophy” in 1942 which eventually grew to fourteen branches. 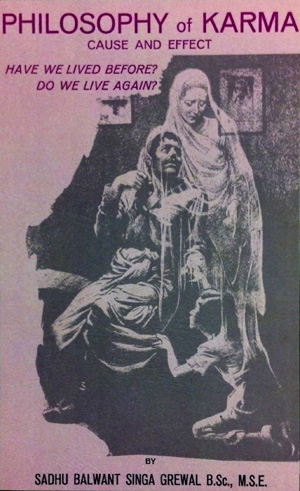 After his retirement in late-1964, Grewal fully devoted himself to spirituality and continued to travel throughout the country and teach. His remarkably long half-century career as a spiritual teacher extended so far that it saw him teach the Hippies and spiritual seekers of the Counterculture in the late-1960s and early-1970s, at times relating to their demonstrations against the Vietnam War with memories of his own protests against the British Raj.

As would be expected in the small and tight-knit world of South Asians in America during the Exclusion Period, Sadhu Balwant Singh Grewal was connected to several other notable figures. He was a student and close friend of Bhagat Singh Thind, and knew Bhagwan Singh Gyanee. One of Sadhu’s travelling companions, Pritam Singh Gill (1894-1973), was several years older than Grewal and arrived in the United States shortly before him, also to attend university. All existing information suggests that Pritam Singh Gill made his living solely as a metaphysical teacher and lecturer, having a short-lived “Hindu Science Center” in New York City at one point. He moved to the coast of New Jersey in the 1930s and remained there with his wife until he died at the age of seventy-eight. There is sparse information available on Pritam’s brother, Joswant Singh Gill.

The passage below was written and published by Sadhu Balwant Singh Grewal in 1975 for a slim, fifty-page booklet on reincarnation titled “Philosophy of Karma: Cause and Effect.” Reincarnation was a topic that held great importance to Grewal. He lectured on the subject throughout his multi-decade career with addresses such as “Have We Lived Before and Will Live Again?” and “Reincarnation— a Scientific Fact.” In 1967, Grewal also republished a full-length book on reincarnation titled Reincarnation: A Universal Truth, which was originally written by the Los Angeles-based Theosophist R.F. Goudey in 1928. While the chief aim of the selected passage is Grewal’s memory of one of his past lives as evidence of his theories of rebirth, it also stands as a short but richly detailed travelogue of a trio of young South Asian Americans on a cross-country road trip.

In 1928, after my graduation from the University of Utah, Salt Lake City, with (a) BS degree, I was advised by my Dean of Engineering, Dr. Joseph L. Merrill, to go to the University of Michigan, Ann Arbor, for my Master’s degree. After working in the fruit farm in California, I had saved a few dollars. (The) two Gill brothers suggested we leave for Detroit, Michigan in a new Dodge automobile owned by the younger brother Joswant S. Gill. Our first experience to travel outside of California. The only road that could take us to Chicago and Detroit was known as Lincoln Highway No. 307 which was gravel road most of the way, except within the city limits of the towns we passed through. We could admire the courage and will of the earlier pioneers, working their way out west through the barren, sandy, hilly and dangerous mountains, building roads for the future travelers. There were no motels or hotels on the road outside of the city limits and we had to sleep alongside of the road on the ground.

I remember one morning, east of (the) Cheyenne, Wyoming city limits, when I woke up and approached Mr. Pritam S. Gill about twenty feet away, sleeping soundly on a blanket. The morning air was cool and a rattlesnake was coiled up, few inches from his face. I could not decide how to wake up my friend, for fear of the snake attacking him. I called “Pritam, Pritam do not move quickly, there is a rattlesnake sleeping next to your face on the right side. Turn your body to the left side and get up.” Fortunately, the snake could not move, due to the cold air its body was chilled. After a while as the sun came above the horizon the snake started to uncoil and moved away into the rocks and stones.

We reached Chicago (the sign said “West Chicago”) and we parked the car in a garage and discovered we were twenty miles from the center of (the) city. We took the elevated train and visited the spot where some gangsters were machine gunned on Valentine’s Day. This was the only highlight that we knew about Chicago at that time. Next morning we checked the maps and decided to go to Washington, D.C. first, before we go to Detroit, as we reasoned, we may or may not have any more chance to visit D.C. due to lack of money and jobs were hard to get. We switched to the Highway No. 40 which was going through Steubenville, Ohio.

As we climbed a small hill west of Steubenville and were about to climb the second hill, it appeared to me and I felt, within me, that I had lived there before and that I knew what to expect (three-quarters of the) way up the hill on the left hand side of the road. I stopped the car and told the Gill brothers that I could describe a farm along side of the hill, where I had lived, not in this life, because I never was East of California State line before this trip. They did not believe me, even though their religious belief taught the science of Reincarnation. To convince them, so that I could down on the rough road, along the hill to the farm, surrounded by a small river stream and the hill. I drew sketches of the location of the house, barn, milk shed, corn crib, and small river stream, etc. with the assurance that if I was wrong I would pay their expenses in Washington, D.C. or they pay my expenses if I was correct.

We drove down the side of the hill (200-300 feet high) and discovered there was no barn, crib, etc., but a small brick home. But my feelings were so strong that I stopped the car near the house and a motherly lady came out and asked if she could help us. Hesitatingly, I asked the lady if the buildings on the sketch in my hand, ever existed here. She said, “Yes! How do you know? Let me get my shoes on and I will show you where these buildings, some 40+ years ago (before 1928) burned down and the foundations were still there.” Then she told us that in 1908 they bought the property very cheap because no one else wanted to live there, because, in case of fire, the volunteer firemen could not bring down their equipment in time to extinguish the fire. Then she said we decided to build a brick home.

She kept on asking me, how did I know that there was such a farm and buildings. Knowing that some people do not believe in Reincarnation it would not be good for me to tell her that I had lived here in my previous life, which she would not understand. Only those who have learned that one life is not sufficient for most human beings to learn all he has to learn, about himself, the world around him, the purpose of his being here and Why? I told the lady “as I approached your place, I had a very strong feeling within me, that I must have lived here in my previous life, because I knew the description and location of all the old buildings even before I reached the spot and had sketched them on a paper, which you saw.” She stood motionless, (and) appeared surprised to hear what I said. Check out SAADA's Road Trips Project to see contemporary stories of South Asians traveling across the United States and then submit your story! 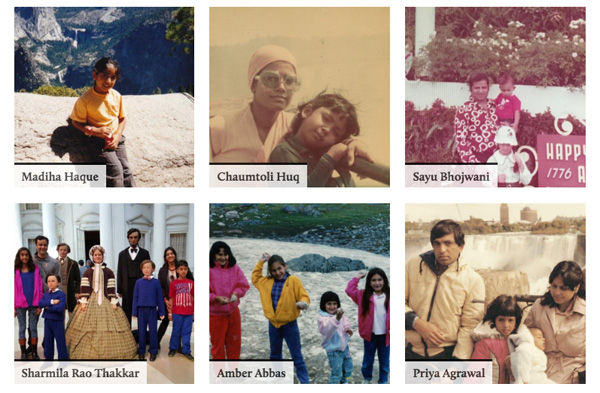 Philip Deslippe is a doctoral student in the Department of Religious Studies at the University of California, Santa Barbara.