By Amber Abbas |
As a child on vacation in Lahore in the early 1980s, I was disappointed to be left at home when my parents went to visit my grandfather’s grave in the Gulberg Cemetery. My American mother reassured me that I wouldn’t have wanted to go, since the graveyard was a hot, dusty, forbidding place, filled with the biggest ants you’ve ever seen. My grandfather was the last of our family to migrate during partition. After wrapping up his law practice, he arrived in 1948 from Moradabad in North India and in 1973 became the eldest member of our family to be buried in Pakistan, his chosen country.

I remember the first time I saw a cemetery in Pakistan’s Northwest. I was a teenager and drawn to the beautiful simplicity of mounded dirt marked by wedges of white rock. The graves were nestled among trees and the place was anything but forbidding. Unlike the simple graves of the frontier, my grandmother’s grave is built up with marble and an elaborate headstone in the neat rows and paved paths of the elite Defence Cemetery in Lahore. When I visit her grave with my uncle, usually right before I board a plane to return to the U.S., we carry a bag of rose petals to spread, whisper a prayer, and leave a tip with the caretaker.

I grew up in a mixed family: half-Pakistani Muslim, half-American Christian. My father had left Pakistan as a young man and lived most of his life outside the country. He had supported his family with remittances since his first job in college, but married an American and become a U.S. citizen. We visited Pakistan frequently, and always remained close to our family there, but my father’s mother and siblings had always felt his migration as a loss, and longed for his return. 1 In 2012, he was diagnosed with cancer, and over the next year and a half, we all braced for the greater, final loss. Most of his siblings and many of their children were able to come to spend his last month with him. Though his body was failing, and he was weaker each day, the photos from this time show him smiling, or sleeping peacefully in the living room as his lively family chattered around him.

In those last days, when he was dying of cancer, my father told us that he wished to be cremated. When he asked that his body be consigned to the flames rather than the soil, it essentially cut off the possibility that his death could be honored as a Muslim death. He grew up Muslim, and dropped mashallah (As God willed it) into his sentences with increasing frequency as he aged, but he was not an observant man. Although we had spent most of our lives in the U.S. and were not raised Muslim, we had all grown up familiar with our Pakistani family’s Muslim idiom. For us, his choice to be cremated was a surprise, but it was not a problem.

For our family visiting from Pakistan, it was devastating.

For them, death, like other rituals of transition, was prescribed by traditions that were embedded in faith, family and place.2 Having lived abroad for so long, my father’s own connection to those traditions was tenuous. In Muslim tradition, the burial should be within twenty-four hours. Until then, while the body remains in the home, no food can be cooked there, so friends and family members bring food for the mourners. These events are only the beginning of the period of mourning for the deceased’s family, throughout which their community supports them with their presence, participating in prayers and ritual events to guide the soul out of the temporal world.

As our Pakistani family processed the pain of his final departure, they expected at least to be reunited in the afterlife. But to ensure such a divine reunion, the ritual of burial was a crucial step. Without it, would he be lost to them eternally? As is true of so many experiences in the diaspora, understanding death requires that we understand the American experience, the South Asian (in this case, Pakistani) experience, and what happens when the two come together.

A good death in South Asia is embodied in community. News of a death travels quickly and everyone, as the sociologist Tony Walter has argued, “knows their script.”3 Immediately after a death, ritual specialists can be called in to manage the process of shepherding an individual from this life to the next stage. For some overseas Pakistanis, the rituals of Muslim tradition offer a reliable and comforting sense of connection to home. For instance, the recitation of the kalima (There is no God but God and Mohammad is his Prophet) ensures that the deceased leaves the world in pious state.4

But, for some diasporic Pakistanis who are less accustomed to the closeness of the subcontinent, the immediate gathering of family, especially in the hospital, can seem obtrusive, devoid of meaning, or even troubling.5 When family cannot come, because distances are too great and time is too short, social media may be activated with pleas to community to recite appropriate verses for the deceased and to pray for the affected family. Mourning is often public, and the internet has made it both a transnational and virtual experience. In Karachi, a cemetery offers a Skype video-call service during the burial so that overseas or distant relatives might feel present for the funeral.

While these rituals and the presence of the community may bring comfort to a grieving family, even in Pakistan they can feel restrictive. As one Pakistani informant told me, once the standard rituals began, he did “not have the choice” to mourn his father in the way he saw fit.6 Another informant in Texas recounted to me, in a story heavy with regret, that although he had promised his mother that he would return her body to Pakistan for burial, when his imam told him that in Muslim tradition it was “not allowed to transport bodies,” he felt compelled to bury her in the United States in a cemetery sponsored by his mosque.7 His own attachments to the place were easier to justify, but in the case of his mother, it meant permanent separation from the place that had given her very existence its meaning.

Approximately one million Pakistanis reside in the United States. Most arrived after the liberalization of immigration laws in 1965, although my father came earlier, as an American Field Service foreign exchange student, in 1959.8 As the post-1965 generation of migrants ages, they too must manage the challenges of dying in the diaspora. Historian Judith Brown has shown that “among Muslims in particular… [a] powerful sign of belonging in the new homeland [has been] the decision to be buried or to bury one’s loved ones outside South Asia.”9 The pain of losing a loved one is always deep, and end of life decisions are never easy or obvious. In our grief, our complex and transnational family confronted this reality with expectations and understandings of death that were not the same. 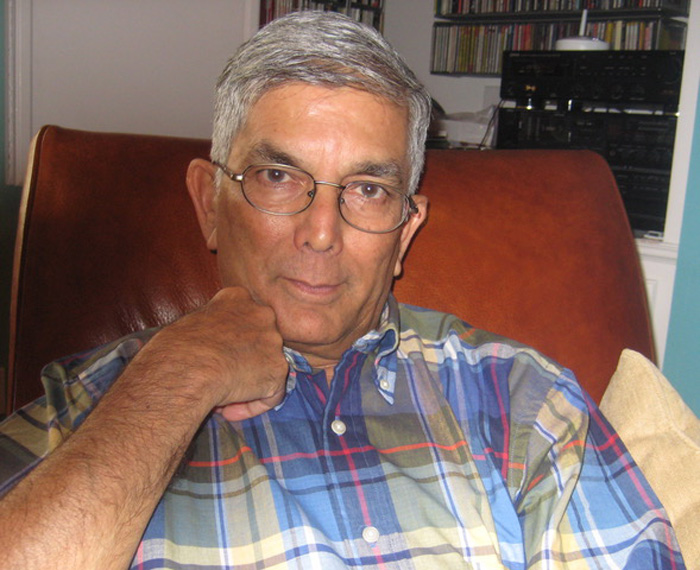 One night, as we were enjoying home-cooked kababs and discussing Urdu poetry with Paul Simon playing in the background, my father’s breathing changed. My sister called me over, and as he took his last breaths we all held him: his three “half-half” daughters and our Christian mother, his Muslim sisters and brothers and their children. We told him we loved him and that it was okay to let go. His sister recited the kalima and there was a chorus of “Inna lillahi wa inna ilayhi raji'un” (Verily we belong to Allah, and truly to Him shall we return). In that moment, we may have been Muslim and Christian, Pakistani and American, but none of that mattered. We were family.

I believe his was a good death: peaceful, at home, surrounded by his loved ones. But his choice to be cremated meant that it was not a good Muslim death. In the end, we compromised and buried his ashes. His grave is marked by a headstone and a Bismillah (In the name of God), but it is not in the Muslim section of the cemetery in Houston, the part run by the local Islamic Center. Rather, he is surrounded by many others who were finally committed to the American soil, representing generations of migration from everywhere: Europe, China, Mexico, Arabia, India, Africa. Like them, and so many others in the diaspora who became American, my father followed his own script. He maintained his ties to family, but he was independent to his last day. It wasn’t always easy, but we who loved him, followed along.


Amber Abbas is Assistant Professor of History at St. Joseph's University and a member of SAADA's Academic Council.