By Meena Vathyam |
Like any expatriate in Shanghai, my fascination with this international city’s history started on the Bund (an Indian word) – a river embankment littered with ornate buildings ranging from neoclassical, masonry, art deco and other styles. On the opposite side the modern skyscrapers loom representing China’s fast global success. The architectural brilliance on either side of Huangpu River reflects this city’s superb structural heritage. 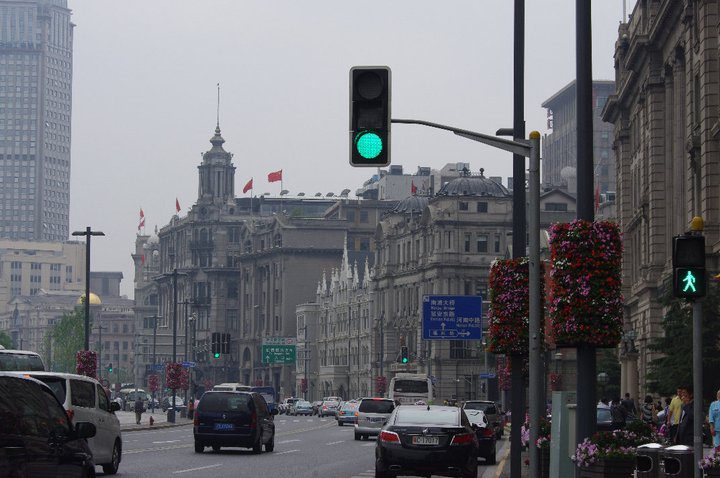 Hoping to acquaint myself with Shanghai’s heavily European dominated past I browsed through a local travel guide book and was surprised to note that a Sikh Gurdwara was mentioned as a relic of Old Shanghai days. Opium wars in China and subsequent forced treaties had thrown open ports for ‘free’ international trade. The imperial forces had utilized services of Indian army regiments primarily Sikhs to fight their wars in far-flung places including China. Multiple foreign communities had made Shanghai their home. Jews fleeing Europe took refuge here and lived in heims. French and international settlements existed policed by Vietnamese and Sikh policemen, respectively. Sikhs with their colorful turban and soldierly stature added color to Shanghai’s foreign landscape and were hired to patrol traffic or were army troopers. In addition, Parsees had established opium businesses and were prominent members of Shanghai society generously donating to multiple causes back in their home country. The city has synagogues, churches, temples and gardens which were once occupied by foreign dwellers. Expecting to find the above mentioned Sikh gurdwara (picture on the right) 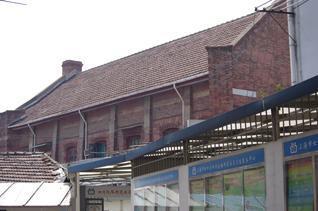 in a well preserved condition I was disappointed to note its pretty poor and unhygienic state. The fact that it still exists can be considered a very lucky blessing.

The walk in the past led me to mounds of documents, articles and archived information documented by other communities. Yet, disappointingly the Sikhs and Parsees have hardly left much DNA. There are plenty of sepia stained images capturing the weather beaten faces of turbaned Sikhs largely through Western lens. But, I am yet to come across memoirs, letters, or anecdotes written by members of Sikh or Parsee communities that preserves and documents memories of their stay here. Sikhs were in China for a century at least, fought wars for the British, some married Chinese women, became Ghadr revolutionaries. But, their significant ubiquity in British China’s history is eclipsed by LACK of substantial records – their narratives are absolutely absent or scattered available for extremely limited viewing.

As a South Asian, I find the one major factor contributing to historical illiteracy is the South Asian community’s disinterest in genealogy. A simple way to explain this would be to ask few questions of them:
• Do you know what school your grandfather/grandmother studied in?
• Do you know what countries they visited?
• Have you ever come across their birth/school/college certificates, photographs, diary, letter, documents, videos or any memorabilia that the family stored as souvenirs of family history?
• Do you have a family tree that leafs at least 4 generations, be it ancestors or descendants?

If the answer was ‘No’ to most of the above questions then obviously there is a dire need to build history with the aid of organized research. Genealogy helps in connecting with history, establishing links that maybe we never knew existed earlier. For sure it builds a family vault storing systematically arranged records that a member can delve into to understand, treasure and even unravel journeys family members undertook. This provides for a definitive comprehension of our own identities besides underlining one’s sense of belongingness to a family or a community. With oral or visual recordings the special occasions and conversations can be converted into genealogical heirlooms. Collectively they represent the community’s trove of past stories contextualizing its distinctive presence in a point in time.

Shanghai’s Indian community was vibrantly alive in the old days but because few relics of their life here are available, their imprints are pale. This stands out starkly especially when contrasted with Jewish, Australian, British or Americans who occupied the same city space in the same era but have been able to collate vast information on their sojourn here.
Sikhs in Shanghai, a Facebook community page intends to weave through sheaf and scraps to prevent the fading into obscurity the colorful past of Shanghai Indian community. Your support in the form of tips or information will enable Sikhs in Shanghai community page to chronicle history. Contact mvathyam@gmail.com for more details.