Waiting for the Prince 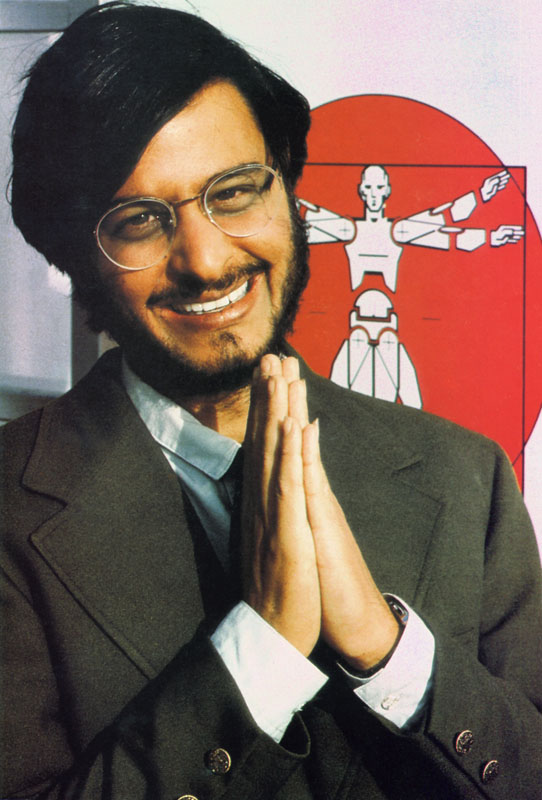 Even before Hank Azaria voiced Apu on the Simpsons, pop culture's roster of South Asians in America was pretty slim pickings. I remember Fisher Stevens' role as the nerdy scientist Ben Jabituya from the Short Circuit movies in the 80s. And then there was the inscrutable Jawaharlal from Head of the Class played by Jory Husain (aka Joher Coleman). Samip recently discovered this old featurette commissioned by Montgomery Ward, in which an actor (with an eery similarity to The State's Joe Lo Truglio) plays an Indian named "Basu," turbanned, colored, and describing the system of barter and bargain in Asian countries.

Decades earlier, there was Lum and Abner. A popular American radio show that aired between 1931 and 1954, Lum and Abner revolved around two bumpkins from the fictional town Pine Ridge, Arkansas. The show was originally conceived as a blackface minstrel act, but the show creators Lauck and Goff, who voiced Lum and Abner, changed their minds, fearing they wouldn't be able to compete with the already-popular Amos and Andy and the Two Black Crows. 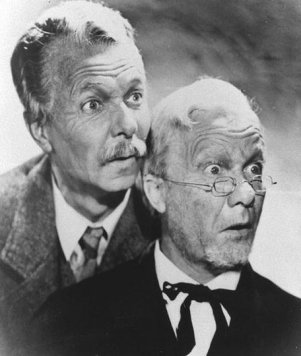 Their show would focus on hillbilly humor instead, and would often find Lum and Abner outwitted by the local schemer, Squire Skimp.

In "A Hindu Miracle Man Will Cure Lum," first aired in 1941, Lum and Abner wait for the appearance of one Prince Aloo Kush, who was graced with rare powers of healing. Lum had been walking around in crutches, having faked a broken leg to collect funds from an insurance company. Tired of the act, but fearing the repercussions of insurance fraud, Lum confides to Squire Skimp, who tells him about his old friend, the Hindu prince. For a "slight charge" of five-hundred dollars, the prince could "heal" his leg, and Lum could get off the crutches without admitting to perjury. The listener, of course, soon realizes the whole thing is a scheme hatched by Squire Skimp. But it's when Lum and Abner start imagining this prince that things gets interesting.

Abner: Well, uh, when's the prince gonna get here, Lum?
Lum: Squire said this morning he'd be here first of the week. He's got to find someone to look after his restaurant for him while he's gone.
Abner: Restaurant!?
Lum: Yeah, he's retired from being a Hindu miracle man. Runs a restaurant down in Kansas City, Missouri now.
Abner: A prince running a restaurant?
Lum: Yeah, does sound funny, don't it? I asked Squire about that, he said the prince was just doing this for a hobby. He wants to meet the great middle class, so as he knows how to run his people better when he goes back and becomes a Mawja-rajah or something like that.

A little while later, the two describe what they know about Hindus.

Abner: What about says that country he's from, Hindu?
Lum: I don't know. India, I think.
Abner: Well, I know some folks from India. No, nothing, I was thinking about India-ana.
Lum: This is a fine country. You saw pictures of folks from there. Hindu "fakirs," they call them. You know, they wear bandages on their heads, turbans they call them. Sit around on boards full of nails all the time, eat glass and stuff like that.
Abner: Well, I'd hate to eat at that restaurant of his, sit around on a chair full nails and eat glass.

"... You saw pictures of folks from there. Hindu "fakirs," they call them. You know, they wear bandages on their heads, turbans they call them. Sit around on boards full of nails all the time, eat glass and stuff like that..."Lum (with the assistance of Squire) begins to plot ideas for their time with the prince, how they'll charge admission as the prince heals Lum's legs and performs the infamous Hindu rope trick for the denizens of Pine Ridge. The show ends there. The prince never surfaces, and so, we're spared another attempt at "Brown Voice," as Shilpa Dave puts it, the white actor affecting a racialized accent.

Aired in 1941, the episode is one of the first moments we've found in American popular culture with references to South Asians residing in the U.S., fictitious though it may be. There was at least one case in the press of a fraudulent "Hindu prince": Anand Ajeetsing Advani was arrested a number of times in 1900 for passing fake checks around the country. In "Lum and Abner," the joke is on the two hillbillies, and the prince, who is imagined through an Orientalist lens of carnivalesque images, is sheer myth.
Manan Desai is Assistant Professor of English at Syracuse University and on the Board of Directors of the South Asian American Digital Archive (SAADA)
Samip Mallick is Director of the Ranganathan Center for Digital Information (RCDI) at the University of Chicago Library and President and co-Founder of the South Asian American Digital Archive (SAADA)