Turbans in the Jim Crow Era

In the early 20th century, these Black men donned turbans to disguise themselves as "exotic" foreigners—avoiding and calling attention to the racism of the era.

He was thought to be the son of a French opera singer and an Indian Man from New Delhi, but he was actually a black man from Missouri, the son of a preacher.

By donning a turban, Korla Pandit circumvented racist Jim Crow laws and was the first African American man to have his own TV show. But Pandit wasn't the first or last black man to pick up on this confusion.

Rev. Jesse Routté used it to make a political statement when he purposefully wore a turban and velvet robes on a trip to Alabama in 1947. His son, Luther Routté, later wrote, "He didn't change his color. He just changed his costume, and they treated him like a human."
Watch this video about how turbans helped some black men avoid Jim Crow era racism, created in partnership with Timeline:

This video is based on an article by Dr. Manan Desai - "The Tan Stranger from Ceylon" - which focuses on Chandra Gooneratne, a graduate student at the University of Chicago in the 1920s, and his commentary on racism in the United States: 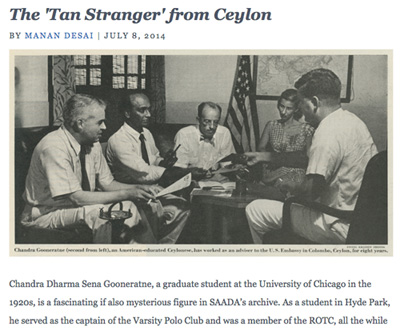 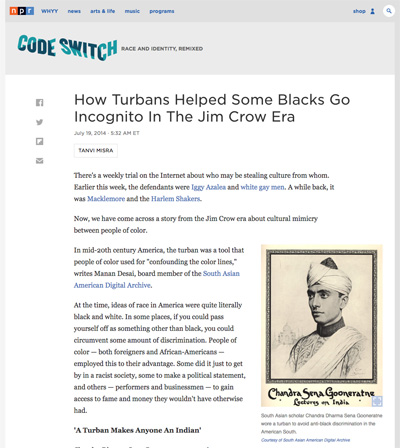