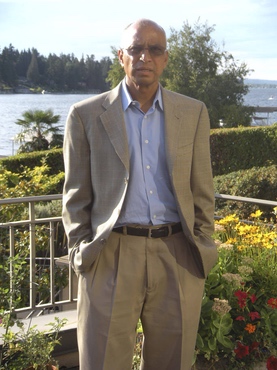 DESCRIPTION
Rao Remala was born in T.Kothapelam, a small village in Andhra Pradesh, India. Dad was a village revenue worker and mom was housewife. Mr. Remala has four brother and two sisters. He finished his high school in a neighboring village walking 5 miles each way. He graduated with highest honors from REC Warangal College, India in 1972. He also earned a master’s degree in computer science from IIT ¬ Kanpur, India and was a PhD candidate at the University of Washington. While in India, he worked in DCM data products and for Hindu Computers Limited, which developed India's first microcomputer in 1978, after finishing his master’s degree. Mr. Remala joined Microsoft in 1981 and was amongst the first 50 hires. H was the first Indian and the first one to write first line of code of Windows (then called Interface Manager). He architected, developed, and managed such Microsoft flagship products as Basic, Cobol Compiler, Windows 1.0, Windows 2.0, OLE 1.0, OLE 2.0, Office 95, and Office 97. He also held a range of positions — from individual contributor to group manager to product unit manager to director of research and development to GM in his 23 year long career there. Mr. Remala also holds various patents at Microsoft. Mr. Remala retired from Microsoft in 2004. Now retired, he travels the world and funds a few charitable projects, including a foundation, named after his family, which is building an eye hospital in his village in Andhra Pradesh. He has been married to his wife Satya since 1975 and together they have two daughters, Srilakshmi and Srilata. He currently lives Bellevue, Washington.