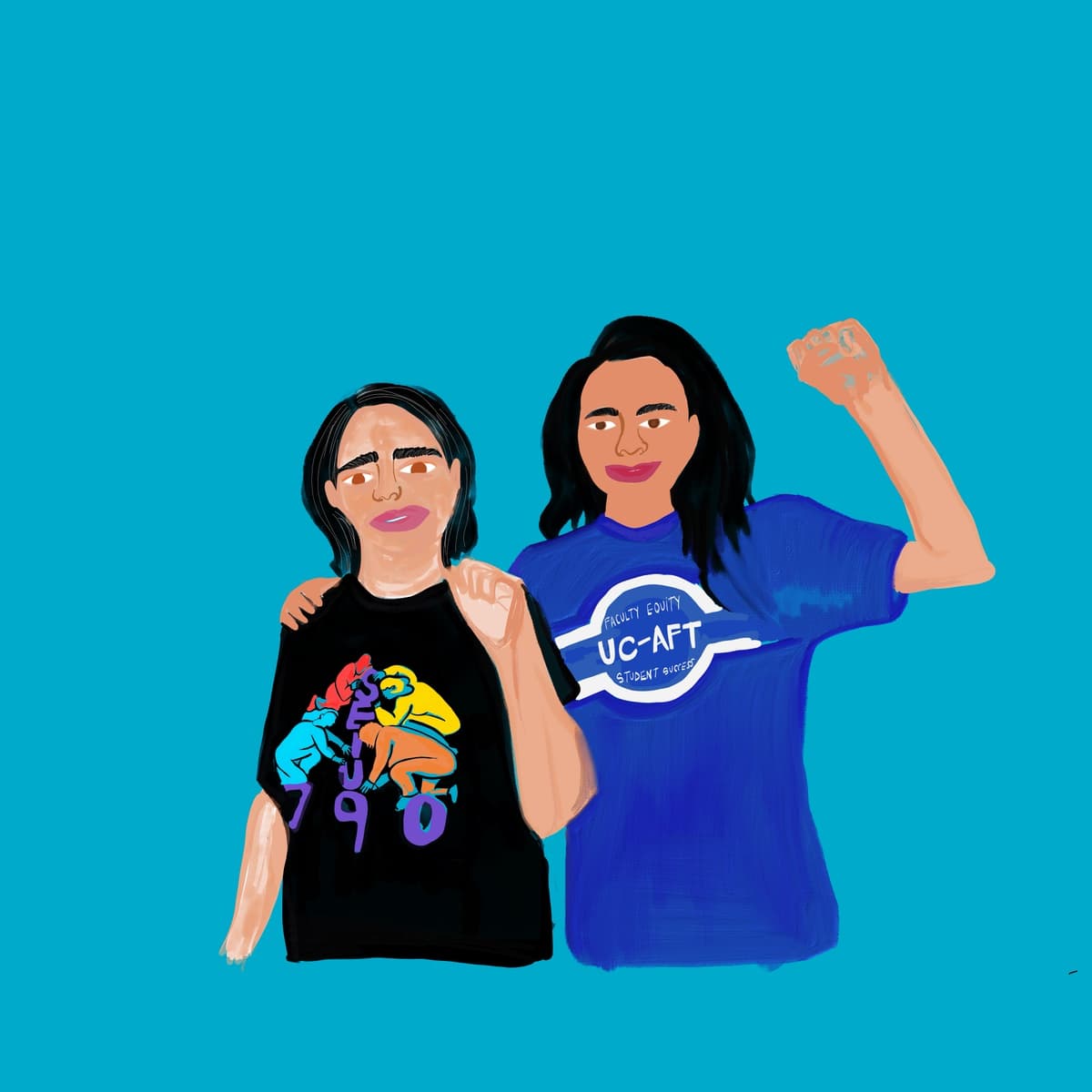 Bella is retired from working in the Oakland Unified School District, where she engaged in labor organizing in her workplace and also at airports, hotels, hospitals, and more. In retirement she continues to engage in worker justice and recently helped pass a living wage ordinance in her city of residence. Bella’s daughter Anibel, who has a history as a union organizer, is a professor at University of California at Berkeley and recently helped her union win a contract just before the faculty went on strike. Both Bella and Anibel are members of APALA, the Asian and Pacific American Labor Association.

“I realized how little people who have grown up here know of the hierarchies that exist in the countries that their parents have come from and have been fossilized, entrenched, in political values and beliefs that they have then imbibed.”


Listen to Bella and Anibel speak directly to each other about their appreciation of each other’s commitment to worker justice.

Bella: Anibel, I would like you to continue with the worker justice that I had started, and I hope you continue it and hope it will help many people, not only South Asians, but also others, to get a better life in this country…

Anibel: … If I can manage to do half of what you have accomplished in your time in the US with the barriers that you have faced, I would feel accomplished; let's put it that way…. 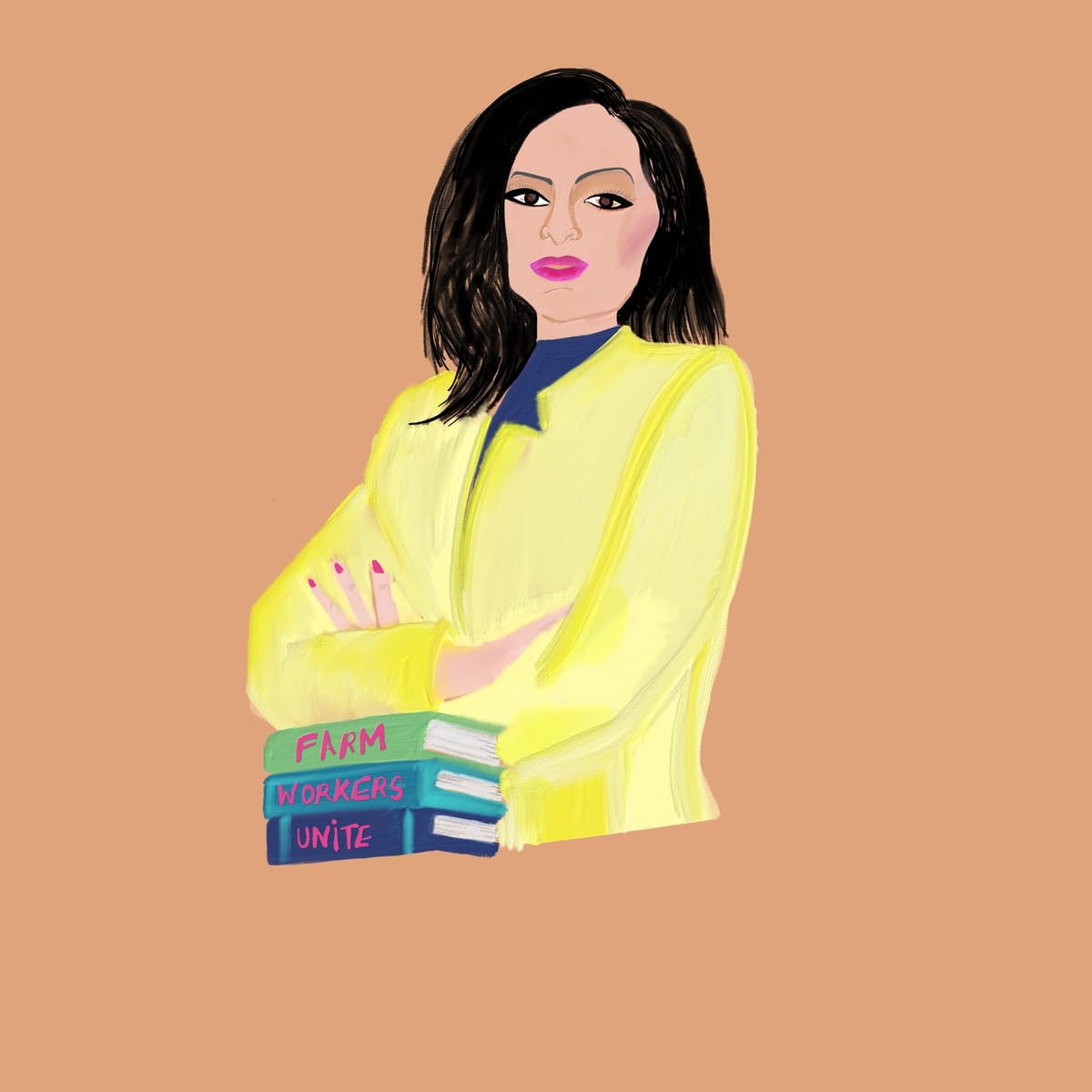 The child and grandchild of farmworkers in California’s central valley, Daljit worked as a labor lawyer for farmworker rights and for working mothers.After leaving that work, Daljit learned about the Indian farmworkers’ campaign and recognized the need to get engaged again, to support that campaign from the US and also to help people in the US understand the connections between Samyukt Kisan Morcha (SKM), an umbrella organization of 32 farmer unions, and issues related to race and land in US farming justice work.

In this clip, Daljit speaks about the urgency she felt related to the SKM protest and also how her new connections and relationships have shaped her view of the world as she learns from Indigenous and Black and other farmworker movements, building a different vision of our relationship to the land because of that solidarity experience.

And I just remember feeling like, kind of in shock and not really believing this is this is really happening. But by the time Thanksgiving was over that Friday, it was very much like “this is happening and we have to get involved in a big way.” 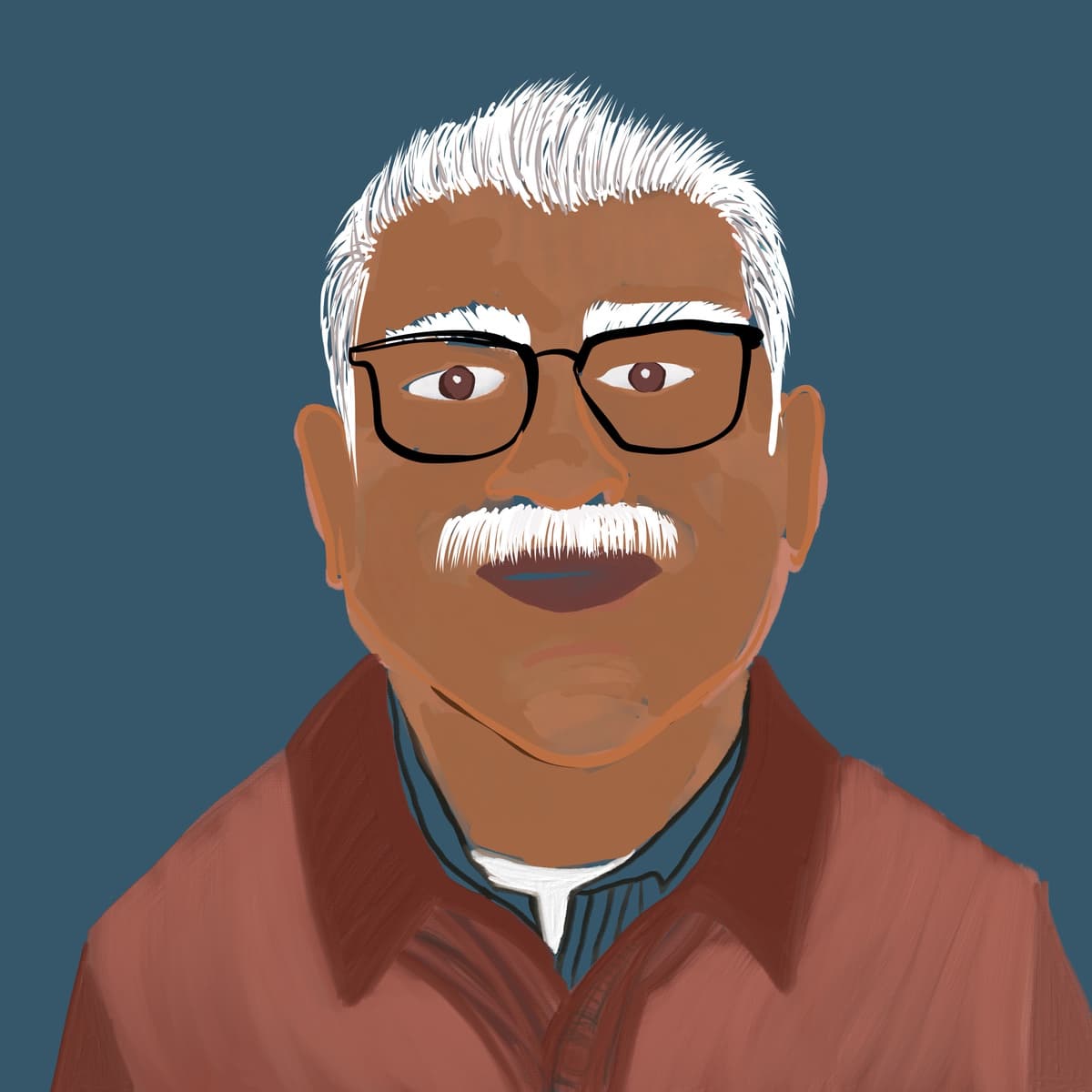 Emmanuel is on the executive board of his local union, placing him in the position of helping negotiate just contracts for thousands of workers. A doorman in San Francisco, Emmanuel’s history with organizing traces back to before he arrived in the US. His father took him to worker justice protests in Pakistan when he was a child.

In this clip, Emmanuel speaks about a time he helped his fellow workers recognize that the fully employed among them could not throw their part-time members under the bus in order to save a little money on their healthcare benefits. His reflection points to what solidarity within a union can look like.

…And I said, “No. Just don't think for one person. Don't think for yourself. Think for everyone who cannot afford to participate in that if we take the route that you want to. What if that happened to you? Health is so important that you don't know from day to day what will happen when you will need it. You can break a leg, you can break an arm, anything internally you don't know, health is very important.” 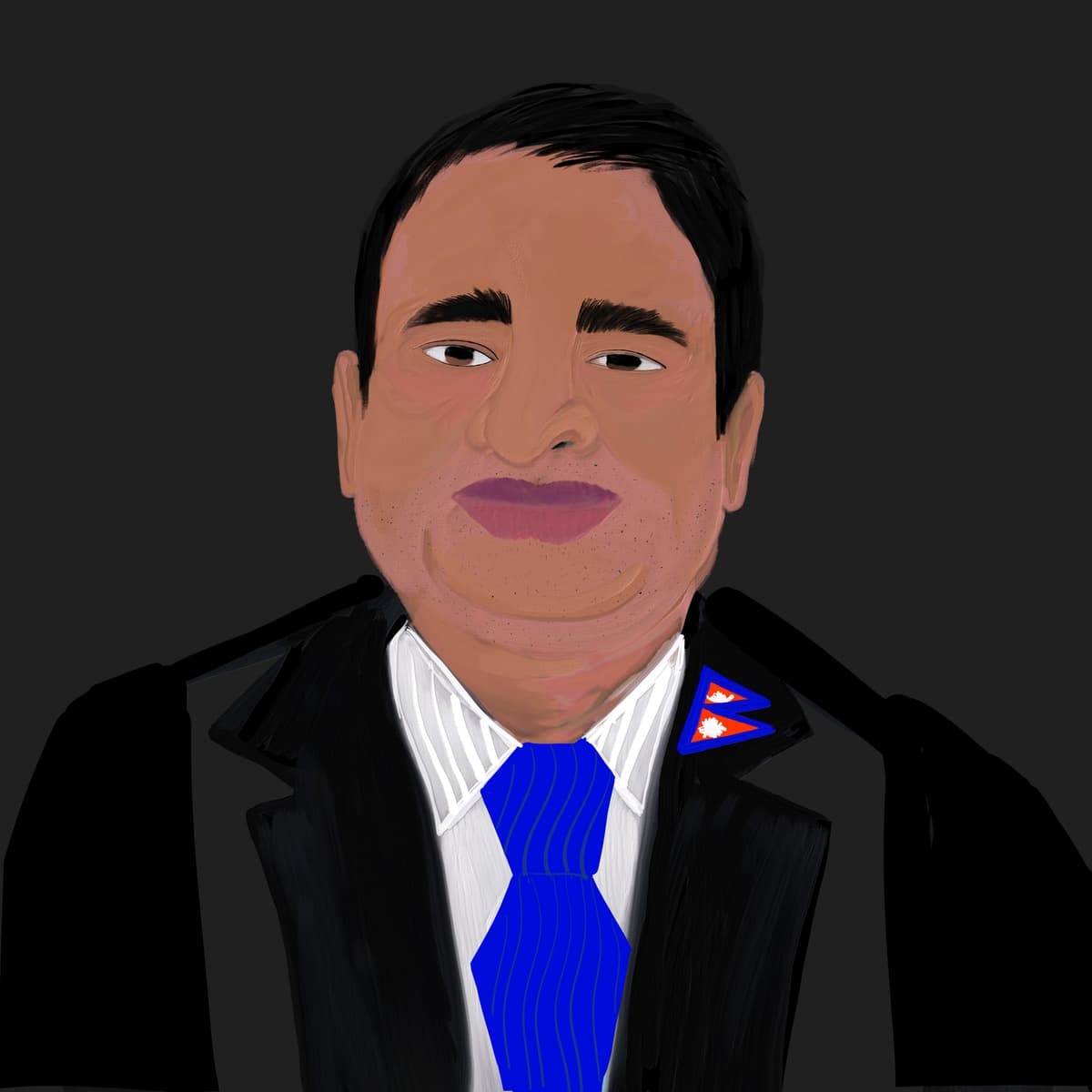 Prem came to the United States hoping to leave behind his work for Dalit rights in his homeland of Nepal. His experience working in Indian and Nepali restaurants in the US made him aware that he needed to speak out for both restaurant workers’ and Dalit rights…and his first campaign was actually in support of state legislation for nail salon workers, most of whom were Vietnamese.

In this clip, Prem shares how his parents’ solidarity with mistreated people in their community served as a model for him, so that today he has built deep solidarity with people of many races and cultures as they all work together for justice.

…when I was small, when I was a kid at the time, my dad and mom could not go to school, they do not have formal education, but they are aware of human rights, people who are exploited in their workplace, people who were blamed of stealing or like that, especially the poor people, they blame the caste oppressed community members. … they used to come to my house and they used to plead and request my dad and mom to go to the police station and support their family members to release from the police station. I was witnessing that in my childhood. So, I was inspired by their work. Now, I'm just continuing their legacy. 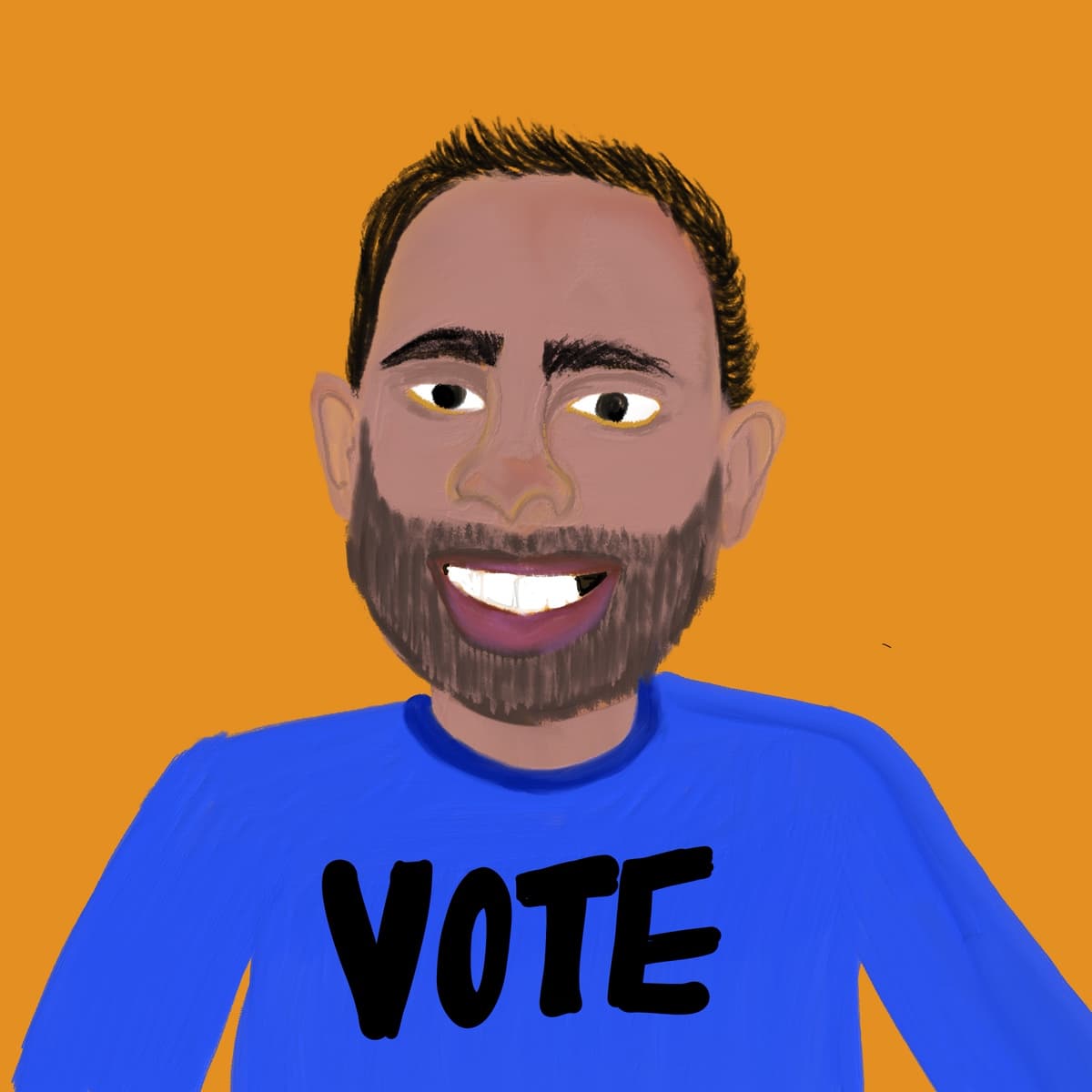 Shawn’s work with his union has taken him to Canada, to Atlanta, to Florida, and perhaps most alarmingly, to the mountains outside of his home of Sacramento, where he helped with a casino organizing campaign in an area that houses many white supremacists. As an airport employee, Shawn has helped many of his co-workers navigate what it means to work in a union context, just like others taught him when he was new on the job.

In this clip, Shawn reflects on solidarity through the lens of needing to honor people’s diverse experiences when doing organizing work, instead of creating categories that we impose on each other.

…one thing I have really realized is that the struggles in this country are more about rich versus poor, 99% versus 1%, than red versus blue…If you frame things the right way, in a very honest way, most people are going to want, like health care for all, or like a livable wage, you know, they're gonna want it. But we’ve fallen into this dichotomy,...Talking to people, you learn that you know, a lot of us have the same needs, we just go about different ways of getting it. And that's what I think is the main thing I think I’ve learned. 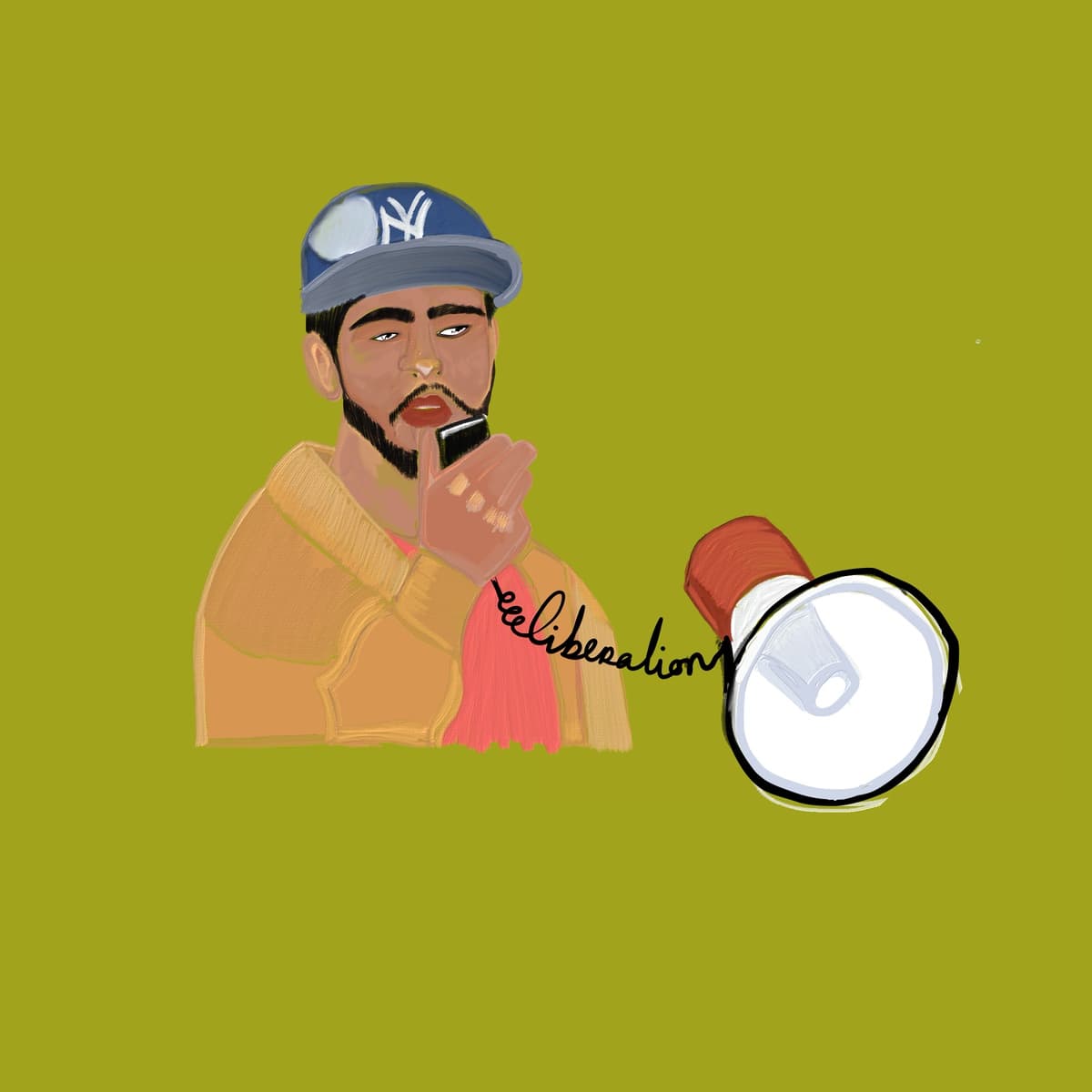 Tafadar became part of his union as a construction worker who had already studied the power of worker solidarity. Today he helps organize workers in the building trades around campaigns that will benefit workers and low income tenants and undocumented immigrants and other groups facing mistreatment. The way he and his union organize is shaped by principles of solidarity not just within the union but extending to their whole community.

In this clip, Tafadar talks about a specific campaign where the community had already watched the city’s mayor take land away from one community under the auspices of building affordable housing, but using underpaid labor in unsafe working conditions to do so, and how his union joined with anti-gentrification efforts of people in the next neighborhood over to stop it from happening to them.

…there are a lot of rezoning battles all over the city that's like the main front of anti-gentrification struggles. And I've been watching those kinds of campaigns go on since I began organizing since ‘15 / ‘16. And I've seen very different approaches to them. But I've never seen any model really work until that one kicked in where the labor and the community came together. So that was one of my favorite campaigns, because of that lesson that we were able to concretely put into practice and set as an example, not only for community movements all over New York City but also for labor. 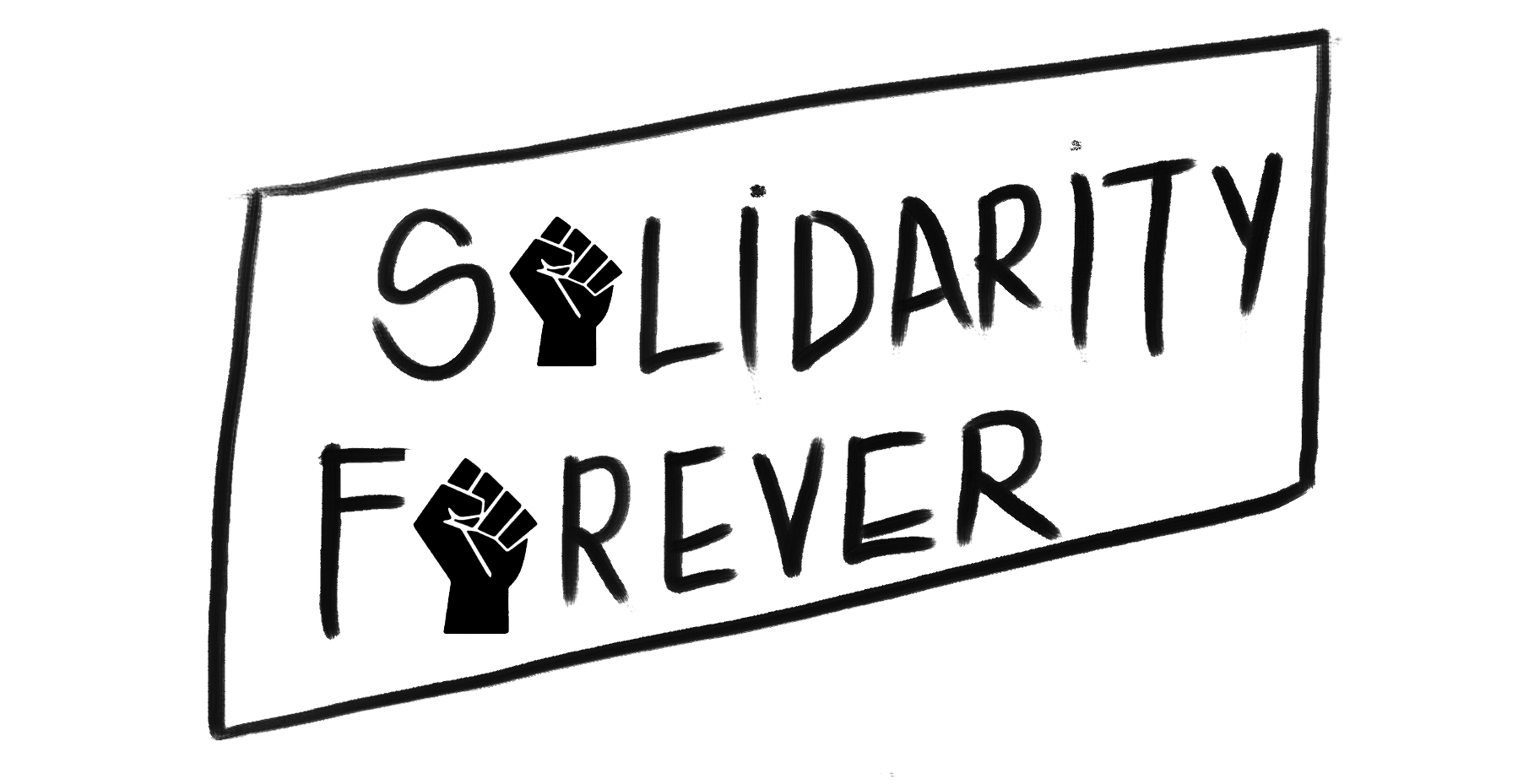 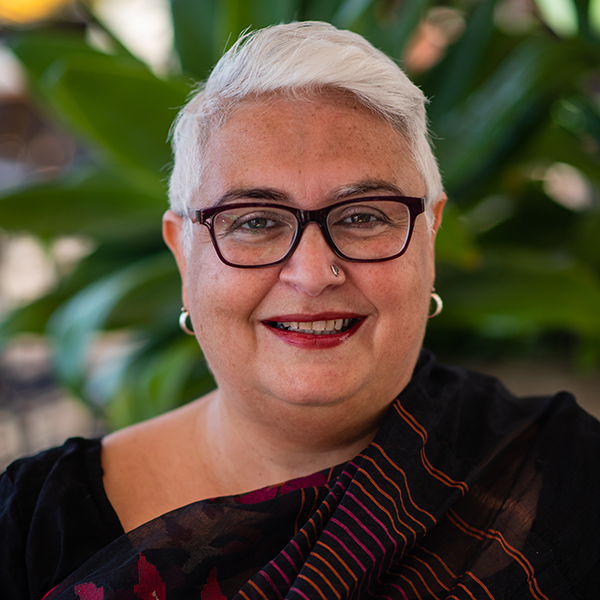 Sandhya Jha (she/they) is an organizer, activist, Christian pastor and founder of the Oakland Peace Center in Oakland, CA. Sandhya works as an anti-oppression/Diversity-Equity-Inclusion consultant and is currently working on a book about how connecting with our ancestors can equip us for the work of dismantling white supremacy. Sandhya's father is from West Bengal, India and their mother is from Scotland. Sandhya's engagement with workers' rights led them to their fellowship project with SAADA this year: documenting the stories of South Asian workers who have engaged with labor organizing in the United States. Many young South Asian Americans don't know that there have been South Asian Americans engaged in union organizing from hotels to schools to transit workers; this project captures those stories in their fullness and complexity.

Read Sandhya's writings about her fellowship project in TIDES:
• Worker Justice is Our Work